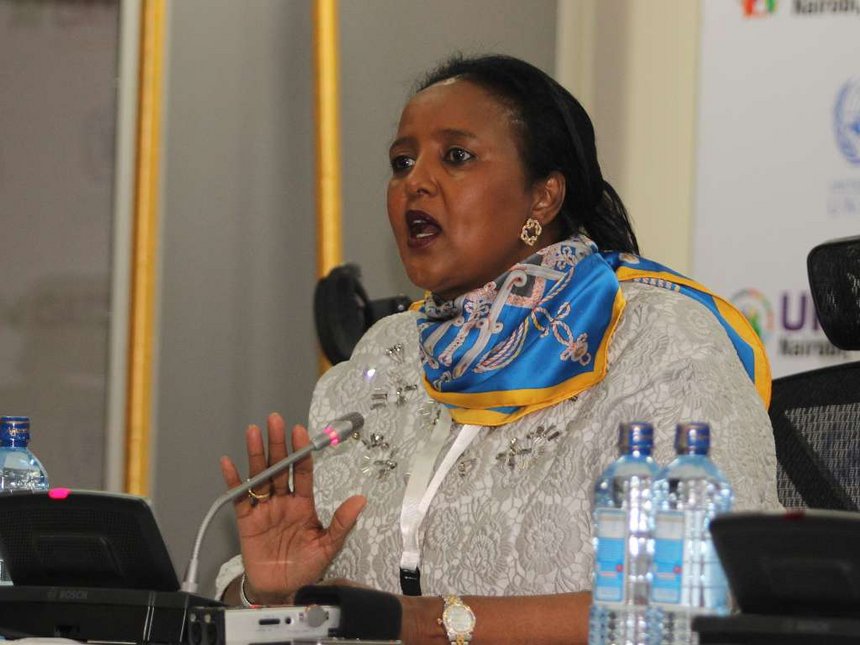 The inquest, she says, should establish why Kenya’s neighbours, whom she did not name, decamped to vote for other candidates in the Monday election.

In the first press conference since she lost to Chadian foreign minister Moussa Faki Mahamat, Ms Mohamed on Tuesday said some of the pledges made by the unnamed neighbouring countries were “deceptive.”

“Things fell apart at the last round,” she told journalists in Addis.

“I think the fear from some that maybe we were going to get it (led to this). So they probably withdrew their support.”READ MORE

Amina Mohamed urges inquest into her loss at AU commission polls Reviewed by samrack on January 31, 2017 .

Share thisFacebookTwitterPinterestEmailWhatsAppAmina Mohamed urges inquest into her loss at AU commission polls Foreign Affairs CS Amina Mohamed now wants Kenya’s neighbours investigated for abandoning her during polls to pick the AU Commission chairman in Addis Ababa. The inquest, she says, should establish why Kenya’s neighbours, whom she did not name, decamped to vote for other