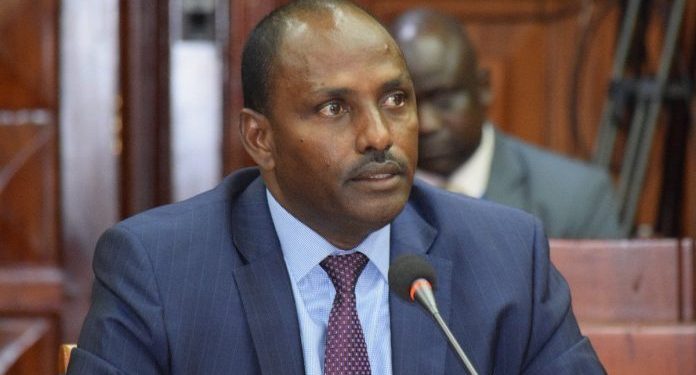 Mr. Yatani has been the acting Treasury CS since the exit of Mr Henry Rotich in July 2019. Ambassador Yatani has been confirmed to this position today by President Uhuru Kenyatta.

Kenyatta made the announcement in Mombasa today, in a cabinet reshuffle that also saw the appontment of former Nyeri Senator Mr. Mutahi Kagwe into the cabinet as the CS in the Health department.

“It is still early to predict how the financial markets will react to this news. Yatani is not a new face and has had time to find his footing at the treasury for the last couple of months,” said Mr. Martin Kirimi, an analyst at Standard Investment Bank (SIB).

He said the markets await any policy changes going forward but views the confirmation as positive news.

“We are still seeing some aggression on the fiscal side with the issue of pending bills which has caused a huge cash crunch a concern for the investing community. We anticipate some movement on the budget side, probably around February when the new man at the helm takes full charge at Treasury,” said Mr Kirimi.

It has been under Yatani’s watch that National Treasury has been under pressure to release fund to County Governments, to enable these units clear pending bills-estimated at over KSh 100 billion.

A cross section of policy analysts still views Yatani as a moderate who is unlikely to resort to any drastic measures to lift the economy out of its present slow pace.

“We are yet to see any slowdown in the Government’s appetite for debt. With most foreign debts maturing in the next few months, we are likely to see an increase in capital flight, presenting challenges to treasury,” said Dr Scolastica Odhiambo, an Economics lecturer at Maseno University.

Dr Odhiambo adds that Treasury must remove some of the punitive taxes; especially those affecting small business and poor households.

She gives the example of the ambiguous SGR levy, whose intentions are not clear, whether it is for serving the Chinese loan, maintaining the line or for development.

“We still have too many unnecessary levies and fees charged by parastatals and government agencies such as the tourism levy, which can be domiciled at the State Department for Tourism. Tour operators already pay tax on at the airport for their visitors, at the game parts and hotels. The tourism levy is thus unnecessary and we hope the Treasury CS will go easy on such taxes,” said Dr Odhiambo.

Unlike the jitters when disgraced former Treasury CS Henry Rotich left office, the financial markets are expected to remain calm with Yatani’s presence.

“The financial markets will not been affected significantly. This is because Mr Yattani has been on the seat at the Treasury for the last couple of months,” said Gerald Muriuki, an analyst at Genghis Capital.

Ukur was born in 1967 in Forole of North Horr Sub-County to Yatani Kanacho, a prominent Gabra elder.

In 1975, he started school in Maikona, and was then transferred to North Horr Primary school in 1978.

He sat for his Certificate of Primary Education (CPE) in 1981 and emerged the top student in the then Marsabit District.

He was given a scholarship by Jomo Kenyatta Foundation and he joined Garbatulla High school where he equally performed well and later joined Kabarnet High school for his A-levels between 1986 and 1987.

Yatani received his Bachelor of Arts in Economics and Sociology from Egerton University in 1991.

In 2005, he joined the University of York in the UK and studied a Master of Public Administration and Public Policy.

In his long public life, Yatani has been a District Officer, District Commissioner and was elected MP for North Horr constituency in 2006.

He has also been an assistant minister, Ambassador to Austria and Kenya’s Permanent Representative to the United Nations, Vienna. He also sat on various boards including that of International Atomic Energy Agency (IAEA).

In addition, Amb. Yatani has held senior leadership positions at various diplomatic and international agencies at the United Nations and also chaired the African Group of ambassadors.

In 2013, he became Marsabit County Governor and on 16 February 2018, Ambassador Ukur Yatani Kanacho was sworn in as Cabinet Secretary of the Ministry of Labour and Social Protection.

On 24 July 2019, he was appointed Cabinet Secretary for Treasury on an acting capacity, to replace the Harvard educated Rotich.

Amb. Yatani is Kenya’s 15th Finance Minister The financial markets have remained relatively calm following the confirmation of Ambassador Ukur Yatani Kanacho as Kenya’s Cabinet Secretary for National Treasury. Mr. Yatani has been the acting Treasury CS since the exit of Mr Henry Rotich in July 2019. Ambassador Yatani has been confirmed to this position