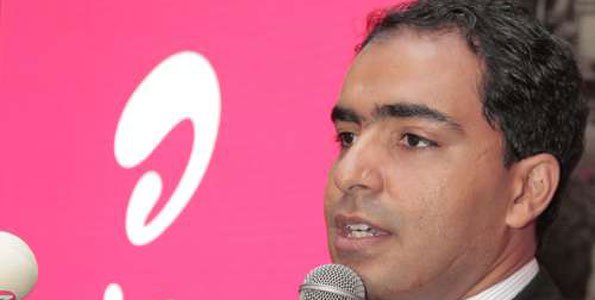 Mr El Youssefi’s exit comes amid a looming re-organisation of the Bharti Airtel business in Africa.

The Indian telecoms giant is set to sell stakes or merge some of its African units in a bid to stay afloat and reduce its debt burden.

Airtel veteran Prasanta Das Sarma, formerly the chief executive of Airtel Bangladesh, will be expected to revive fortunes of the troubled Kenyan operator.

“Airtel Kenya today announced the appointment of Prasanta Das Sarma as Managing Director. He will take over from Adil Youssefi who has decided to pursue external opportunities post the completion of his contract period,” said the telecoms firm in a statement.

“I am pleased to announce the appointment of Prasanta as Managing Director for the Kenya operation. Prasanta is a seasoned professional with over 31 years of experience in the technology sector,” said Mr Mandava.

“He has handled key assignments as well as business leadership roles. I am confident that under (his) leadership, our plans will gather further momentum and we look forward to delivering an even better experience to millions of customers across the country.”

He joined the mobile operator from Ghana-based Millicom Group where he had been the general manager since June 2012.

Last September, Mr Youssefi stirred the local telecoms market after he said his company could exit the Kenyan market if new regulations were not passed to curb what he termed as dominance by market leader, Safaricom.

“We have been trying for over five years and have not made one dollar in profit. Airtel is likely to exit Kenya if the market structure is not addressed in terms of dominance,” said Mr Youssefi.

The new Kenya head joined Airtel 14 years ago in 2002 and has served in various capacities.

Prior to the Bangladesh posting, he was the Hub CEO of the Eastern Hub of Airtel’s business in India and has also served as a vice-president, Network & Customer Service.

“His career started in 1985 and he has primarily been involved with technology related organisations. PD is a Telecom Engineer and holds an MBA in Finance,” it said.

Airtel has operations in 15 African markets including Nigeria, Kenya and Rwanda.

It has struggled to crack the African market, forcing it to divest from some loss¬making countries such as Burkina Faso and Sierra Leone.

Airtel chairman and owner Mr Sunil Bharti recently indicated that Airtel plans to reduce its footprint in Africa within a year.

A statement sent by the Airtel Africa corporate communications did not however disclose the specific countries that will be affected by the stake sales and mergers.

It remains unclear whether the Kenyan unit will be affected.

The telco has said that divestments and sale of tower assets saw the firm, in the half year to September, reduce the losses from African operation to $91 million (Sh9.4 billion) compared to $170 million (Sh17.5 billion) during a similar period in 2015.

Airtel Kenya last month announced the second staff retrenchment within a year, raising questions on the firm’s ability to mount a challenge on market leader Safaricom.

The telecommunications firm sent home 100 of its staff in what it termed a “strategic organisational restructuring to improve efficiency across function.”

The latest redundancy added to the 60 others that the telco let go in January 2016.