After 26 years of hard drinking, I have taken charge of my life 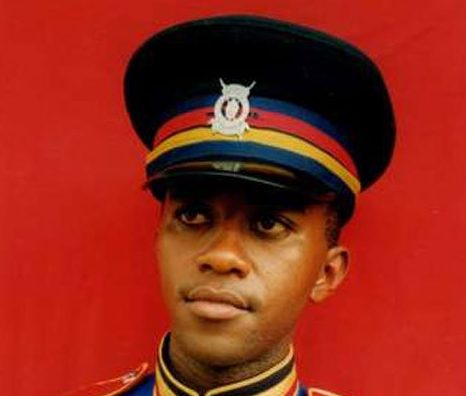 After 26 years of hard drinking, I have taken charge of my life

“It was in 1990. I was in Form Two at Muhoho Secondary School in Kiambu County and we were out for a nature walk.

“There was a pub along the way and I was among the students who bought a 250ml bottle of cheap alcohol and hid it in my pocket.

“Back in school, I hid behind a bush and guzzled down the stuff. It knocked me out immediately,” he says.

“That marked the beginning of an adventure with alcohol that nearly ruined my life.

“Finally in boarding school away from my mum’s watchful eye, and with pocket money, I sought ways to exercise my newfound freedom.

“I remembered seeing drunk men in my village and how ‘cool’ they looked,” he says.

Before long, he was drinking regularly, such that by the time he sat the Kenya Certificate of Secondary Education, his body had got used to alcohol.

“Little did I know that I had grown dependent on alcohol. I would buy alcohol at the slightest excuse and would also take some whenever it was available.

“It did not seem like a big issue to me since most of my classmates were doing the same,” he says.

When he went home, his mother noticed something amiss about his behaviour and “really prayed for me, counselled me and even invited church elders to talk to me”.

But he refused to admit that he was addicted to alcohol and blamed his confused and unkempt look on the bad diet and stress in school.

In 1994, he left the country to pursue a degree in commerce (economics and insurance) at Agra University in India.

“My love for alcohol was a poorly kept secret in my motherland but once in India, I had the freedom to drink. However, when I realised that I could easily be repatriated, I went easy on alcohol,” he says.

JOB OPPORTUNITY
He successfully completed his degree and returned home in 1999.

“My mother had lots of advice when I came back. She said that, at 24, I was now a grown up man who should begin taking steps towards attaining self-reliance.

“She promised to support me until I was settled and frequently advised me to start a family as soon as I got a job,” he says.

He points out that luck was almost always on his side, since “I did not have to struggle to get an opening in life.”

And sure enough, just three months after arriving back from India, he got a job.

“I learnt that there was a national police recruitment drive. I went for the interview at the Mareira Grounds and as soon as I presented my certificate to the interviewers, I was accepted.

“At that time the police force was desperately fighting the widespread view that most of its officers were poorly educated and lawyers were giving it hell when it came to investigating and prosecuting criminal cases,” he says.

Following his recruitment, he underwent a nine-month training at the Kiganjo Police Training College in Nyeri County, after which he was posted to the Criminal Investigation Department as a police constable.

“My first posting was to Meru, where things went haywire. While earlier I had been drinking using the little cash I was given for pocket money, here I was now, earning a salary,” he recalls.

Things were made worse by the fact that most of his duties entailed undercover investigations in pursuit of runaway criminals.

“It is common knowledge that most criminal gangs used to meet in dingy bars. Today they have graduated to up-market bars. My duty was to keep an eye on those dingy bars and seek the necessary information to help nab as many of them as possible,” he says.

DISMISSAL LETTER
He goes on to argue that there was no way he could have done that without behaving in a manner that made him fit in with the crowd.

“To avoid attracting suspicion, I had to order a beer and socialise with the people who frequented those bars,” he offers.

“At that time I did not know it, but now I know that alcohol and discipline are mutually exclusive, and that they are permanently wrestling inside an alcoholic.

“Besides, I thought nothing of my frequent transfers. During my five years of service, I was transferred seven times,” he says.

“Those were the days of monolithic one-party rule, and it had its advantages. Regardless of my behaviour, I had accumulated money and bought a car. I had also risen to the position of inspector,” he says.

He notes that if his bosses sent him any warning letters, he didn’t see any of them because he was permanently drunk.

“I was drunk every single day. I was so immersed in drinking that when my dismissal letter came in 2004 when I was working in Nyeri, I did not bother to appeal against the decision.

“In fact, I enjoyed my newfound freedom which allowed me to be in the bar for as long as I wanted,” he says.

So, at the age of 29 and without a job, he travelled back to his rural home.

“Now the village is where life is. Villagers are very welcoming, especially if you give them even the slightest impression that you have money to burn.

“I found company in bars, and the local drunks swarmed around me. I had money, we were all thirsty for alcohol, and soon the party began,” he recalls.

COMPLETELY BLIND
The village drunks made him feel important because they were very protective of him.

“I would take bottled beer while my drinking mates were satisfied with whatever was available that could make them drunk.

“But later I switched to their stuff so that we could travel the road of alcoholism together on an equal footing. They nicknamed me, a former detective in government service, “Muriumuriu (son)!” he recalls.

Without a steady income, his money started running out.

“I bought my drinking mates alcohol for 10 years. I sold my car as well as other assets, such that, by 2015, I was broke,” he recalls.

“Then, in July that year, broke and desperate for a drink, I learnt that there was a new, cheap, but highly potent drink at our favourite joint.

“We rushed there and true enough, there was; it was called Sacramento,” he says.

It cost Sh10 a glass, and when he got to the bar, he found those who had taken it thoroughly drunk.

“They looked very happy….They could not find their way and were groping around. I could not wait to reach that state. Getting thoroughly drunk is the ultimate goal of an alcoholic.

“I was envious that here I was, sober, while my buddies were speaking incoherently, screaming, throwing up, crying and falling about,” he says.

Impatient to reach a high, he ordered a glass and downed it. He blacked out.

“When I regained consciousness at the Maragua Level Four Hospital, I was told that seven of my buddies had died.

“Strangely, no matter how wide I tried to open my eyes, all I could see was pitch darkness. The doctor who was attending to me broke the bad news to me: ‘Hiyo mapenzi yako na pombe imekupoteza macho (your love for alcohol has claimed your eyesight)’” he says.

The chilling message and its casual delivery made his heart almost stop beating, and for the first time in his life as an alcoholic life he was thoroughly shaken.

“I got saved immediately in readiness to meet my maker. There was no way I was going to hell. But after two days in hospital, I regained my sight!” he says.

The first person he set his eyes on was his tearful mother.

“Let me tell you, my mum brought me up after my died when I was just three years old so she is my hero.

“There was no way I was going to let her tears be in vain. I resolved to remain saved and sober, just the way she would have wanted me to to all along,” he says.

A week after he was discharged from hospital, he took himself to the Murang’a County-run rehabilitation centre where, for 100 days, he received treatment, and counselling, and was also trained as a counsellor.

Upon leaving the centre, he sought solace in church and ever since, has been a regular motivational speaker in his Kigumo Sub-county and beyond.

So dramatic was his turn-around that the county government gave him a part-time job as a security superintendent at Kirere Market.

And as his story continues to spread in the area, he has been receiving invitations to counsel newly circumcised boys, school children and youth groups.

His great moment came in August this year when he shook hands with First lady Margaret Kenyatta at Ihura Stadium when she was there to present a Beyond Zero mobile clinic, where he was among the guest speakers.

He began by introducing himself as a former victim of alcohol terrorism “that even made me forget that I am a biologically correct man. I am newly married to my sweetheart, Margaret Wanjiku, who is now heavily pregnant…I married at the age of 41 ….Alcohol makes you a latecomer to almost everything in life, apart from death and poverty…”

The first lady was seen cheering when he added: “Alcohol is baffling and cunning. It is easy to start taking it but very hard to get out of its grip.”

He told the audience how alcohol is good at killing the living and preserving the dead “since the very chemicals that are used to preserve bodies in mortuaries are the ingredients added to illicit brews”.

For those addicted to alcohol he said: “It starts with you. Admit you have a problem, seek help and develop the willpower to get out of it. Without your involvement, you cannot be delivered from the grip of alcohol.”

“To cap it all, there are a lot of people from my Kigumo Ward asking me to run for a political seat in next year’s elections.

“Churches, women’s groups, education stakeholders, name them, have told me that in 2017, they want me in a leadership position so that I can have a stronger platform to initiate real change in our society, which has been seriously affected by alcoholism,” he says.

Source:Daily Nation
After 26 years of hard drinking, I have taken charge of my life Reviewed by samrack on December 4, 2016 .

Share thisFacebookTwitterPinterestEmailWhatsAppAfter 26 years of hard drinking, I have taken charge of my life Hillary Kung’u vividly remembers the first time he took alcohol. “It was in 1990. I was in Form Two at Muhoho Secondary School in Kiambu County and we were out for a nature walk. “There was a pub along the way