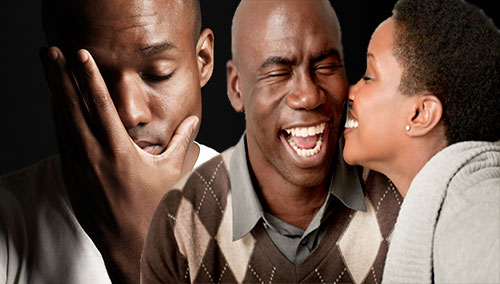 There is a bunch of men out there who strongly believe women are not women anymore, thus they see no need to get married. According to them, marriage offers men absolutely nothing worth writing home about. They, for instance, argue courts are biased against men. And the risk of losing one’s land, home, children and hard earned cash, in the name of alimony or child support, just isn’t worth it anymore.

The people we are talking about are unmarried men — bachelors and men who are widowed or divorced. These gentlemen feel that feminists sold women a load of lies and urged them to not only copy, but also compete with men. Bachelors, for instance, are normally considered the happiest human beings. So much so that some sages coined phrases such as: Every man should get married some time; after all, happiness is not the only thing in life! Cleverly, the author of this quote remained anonymous. Bachelors are unencumbered by biological traumas that grip women past 30. They are considered the freest of human beings in the world. If eligible with a disposable income, they are the subject of envy both by their married male peers and eligible spinsters. Bachelors have no nagging wives to irritate them with countless ‘uko wapi’ text messages every now and then while enjoying beer with friends at midnight. They do not have children who fall sick on Friday at 12am. Generally, bachelors value and enjoy their freedom and independence or so it seems. However, as Crazy Monday has discovered, it is not all rosy; behind those smiles and seemingly happy faces, there is a heavy price bachelors (and at times widowers and divorced men) pay for choosing to live by themselves. See also: Revealed: The real reasons why most Kenyan men fear ‘Iron ladies’

Apparently, if reports from women are anything to go by, it is these kind of men you’re likely to, for instance, find with torn and dirty undewear. “These men live badly. They have no woman to groom or keep them in check. They eat bad food because most are bad cooks,” says Anne Kwamboka. A stigmatised lot Ken Okwemba, 37, a bachelor, says he is haunted by being unmarried. “People think we are the happiest lot, but in actual sense we are tormented. There are people, especially married ones, who think of us as creepy. They believe something must be wrong with us. Personally, I have married friends who even avoid me, believing I could be bad influence. Some of us are labeled playboys and commitment-phobes.”

He goes on to add, “At my age I have developed inflexible habits, attitudes, tastes and preferences, and it’s hard to find an adaptable woman who is open minded enough within my age group who can put up with my inadequacies. Flexible women at my disposal are way younger than me, and when I show up with them at events, my married age mates give me a disapproving look. Most of the time their reaction is terrible. As a bachelor, some people ostracise or write you off as choosy or overly fussy”.

t is even worse to be a bachelor in rural Kenya — where village survival on matters such as security and labour depends on numbers. In some places, you even are considered an outcast. Ted Malanda, a journalist and humourist, says, “Refusing to marry among some Africans is considered a big crime. In fact, it amounts to economic sabotage”. Considered outcasts

“In most rural outposts, bachelors are considered outcasts. Thus, they are ridiculed at every turn with comments such as, ‘Who are you to speak before men?’ The rider here is that, to be considered a man, you have to have a wife. But even when a bachelor marries, some elders never think much of him until he marries a second or third wife,” says Malanda, with the certainty of an elder. The scribe adds: “And in drinking dens, the man with one wife is always ordered to sit near the door. The reasoning is that if a man with one wife sits far away from the door and news came that his wife has died, he would, in a panic, jump to his feet and run — in the process breaking the hallowed beer pot; a scandal. But a polygamous man would instead take a deep pull on his drinking straw and ask, ‘Which of my wives is dead?’.” “Upon the death of a bachelor, elders among some Luhyas took a few steps to ensure that curse was removed from the village  forever. His remains were not removed through the main door as is the norm, but through a rude opening in the back of his hut. A stick was thrust into his urethra to block the bugger from spawning bachelors in the next world. In some communities, I’m reliably informed, ash was stuffed up his rear to block that curse from wafting out of the grave and infecting village boys. However, some communities never bury such fellows in their underwear. They also ensure to unzip their trousers, so they can go forth and multiply in the next world,” concludes the junior elder, amid giggles. John Muli, a 30-year-old accountant observes that perhaps for him and his peers, it has to do with the women they pick from night clubs spiking their drinks and stealing all their money and fancy electronics. Hookers steal from them.

“Thrice now, sly women have stolen from my houses in (Nairobi‘s) Donholm and Roysambu estates. If I was a married man, I would not have taken them to my house,” says a regretful Muli, adding that he once lost electronics and valuables worth almost Sh200,000 in the span of one year. Worse, some of the laptops stolen belonged to the company he worked for then, and almost made him lose his job. “Among my bachelor friends, many have taken hookers home, gotten their drinks spiked and household goods stolen from them,” says Muli wistfully. As a panacea to the problem, he not only rigorously vets women he picks from clubs, but has also started dating serious women. Rumoured, suspected to be gay Rather bizarrely, being a bachelor in urban areas without consistent female company, invariably attracts speculations about ones’ sexual orientation. Bachelors who seem less enthusiastic about women are always suspected to be gay.

Some joke about it, but for public figures with money it is not uncommon to conclude that they are gay even with circumstantial evidence,” says Peter Ochieng, a journalist who is a bachelor. Ochieng who is an entertainment writer for a local daily says that gossip pages in newspapers and on blogs overflow with speculation and rumours about this or that eligible bachelor being homosexual.

Houses used as lodgings For Paul Nunda, a 32-year-old programme officer with a reproductive health NGO, his married friends turn his house into a lodging of sorts over the weekends. While he does not mind for now, he wonder how long he will have to put up with it.

“Most of my married friends and colleagues have no place to take their mpango wa kandos. Some of their clandestine lovers cannot be taken to lodgings. So over most weekends, I am always internally displaced as they use my house,” he jokes. Trapped with pregnancy Being a man, he cannot say no to their requests. He says the only way to stop them is marrying, something he hasn’t planned for just yet. For James Mukura*, a banker in his 30s, his fear is the number of women who are often willing to have unprotected sex with him. He is overly worried that most could be scheming to marry him by force. “I have seen it happen to most of my friends. Most of them are now baby daddies to women they had no intentions of marrying, and some are extorting money from them,” says Mukura, who swears he is now overcautious, lest he falls into the oldest trap. “Once you have a child, whether you marry the mother or not, you are no longer a free man. Even if you abandon the mother and the child, your conscience will never be clear,” warns James, reminding bachelors never to impregnate women they are not sure of marrying. See also: Revealed: The real reasons why most Kenyan men fear ‘Iron ladies’ Forced into marriage Besides being trapped into marriage by pregnancy, the biggest hazard to bachelors must be women who scheme to walk them down to the aisle. It is a landmine they spend their bachelorhood days avoiding. If a man is eligible, any woman he dates aged 25-30 wants commitment. “Sometimes, it is difficult to find a woman who is comfortable with a no-strings-attached relationship when you are an eligible bachelor,“ says Paul Letiwa, a public relations practitioner. “Most audition to be your wife when they come over. They can prick your conscience when they go out their way to impress you, yet you have no desire whatsoever to marry them,” says Letiwa.

Forced into marriage Besides being trapped into marriage by pregnancy, the biggest hazard to bachelors must be women who scheme to walk them down to the aisle. It is a landmine they spend their bachelorhood days avoiding. If a man is eligible, any woman he dates aged 25-30 wants commitment. “Sometimes, it is difficult to find a woman who is comfortable with a no-strings-attached relationship when you are an eligible bachelor,“ says Paul Letiwa, a public relations practitioner. “Most audition to be your wife when they come over. They can prick your conscience when they go out their way to impress you, yet you have no desire whatsoever to marry them,” says Letiwa.
Read more at: http://www.sde.co.ke/article/2000159843/curse-of-being-a-bachelor-8-agonising-things-unmarried-kenyan-men-have-to-endure?pageNo=3

8 agonising things unmarried Kenyan men have to endure Reviewed by samrack on April 27, 2015 .

Share thisFacebookTwitterPinterestEmailWhatsApp8 agonising things unmarried Kenyan men have to endure By Silas Nyanchwani and Tony Malesi There is a bunch of men out there who strongly believe women are not women anymore, thus they see no need to get married. According to them, marriage offers men absolutely nothing worth writing home about. They, for instance,