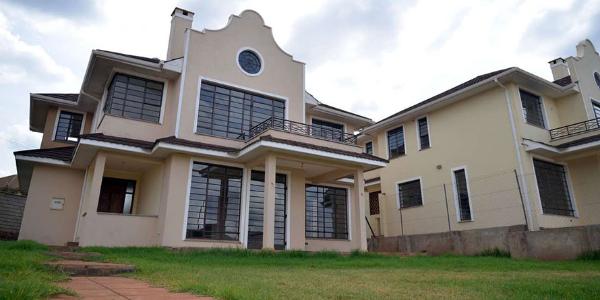 A group of 35 savings and credit co-operative societies (saccos) has unveiled a housing loans plan in which their members will get interest-free mortgages.

The scheme dubbed Africa Tenancy Purchase Initiative will see credit union members pay an upfront deposit of 10 per cent of the cost of a unit and then pay the balance in “rent” instalments for up to 20 years.

The unions, including Kimisitu Sacco, Safaricom Sacco, Habitat Housing Co-operative, and Nation Sacco, have a pipeline of five projects under the tenant purchase scheme comprising high-rise apartment blocks within the Nairobi metropolis.

Up to 5,000 members are expected to benefit in the next two years, a number that is projected to rise as more saccos join the scheme.

“With more than 90 per cent of Kenyans being tenants, this scheme converts their rent payments to make them homeowners. You just pay the deposit and the balance as rent. There is no interest rate,” said Mr David Ndegwa, a real estate developer and member of the scheme’s steering committee.

“We have critically analysed the consumer behaviour and the dynamics around how much a typical Kenyan in urban areas pays for rent and structured an affordable rent-and-purchase mechanism,” he said in an interview.

Saccos are banking on the tenant purchase scheme to tap into the lucrative property market by offering cheaper mortgages to low-income earners, who have largely been shunned by commercial banks.

For example, a sacco member who wants to buy a Sh3.8 million two-bedroom apartment at Sunset Boulevard — whose construction begins next month — will pay Sh380,000 as down payment, and the remainder in monthly rent instalments of between Sh15,000 and Sh25,000.

It would take 14 years to clear the balance, assuming monthly pay of Sh20,000.  The project is also backed by UN-Habitat and the State department for housing and urban development.

Credit unions turned to setting up their own rent-to-own scheme following the State’s pussyfooting on plans to set up a special kitty where saccos would draw cheap cash for onward lending to members as mortgages.

“We are working with our development partners to put in place a mortgage liquidity facility, which will provide long-term funding to financial institutions, to enable them provide longer tenure mortgages,” Treasury CS Henry Rotich said in June.

35 saccos sign up to offer interest-free house loans Reviewed by samrack on July 20, 2017 .

A four bedroom house at Kencom Sacco Estate in Kiambu. PHOTO | SALATON NJAU | NMG  35 saccos sign up to offer interest-free house loans A group of 35 savings and credit co-operative societies (saccos) has unveiled a housing loans plan in which their members will get interest-free mortgages. The scheme dubbed Africa Tenancy Purchase