Deported Kenyan-Canadian lawyer Miguna Miguna on Thursday shared a photo of his wife and daughters for the first time on social media.

Miguna, who has kept his family off the public eye for many years, posted on Facebook a photo of himself, his wife and three girls as they celebrated their 20th marriage anniversary.

“As crooks were sending Moi to Hell, my lovely wife, the girls and I celebrated our 20th Anniversary of Marriage, Revolutionary Love, Affection and Focus. Nyar Gem pod ber ka dhahabu! No matter what the despots and conmen do, we are focused like laser beams! Viva!” Miguna captioned the photo. 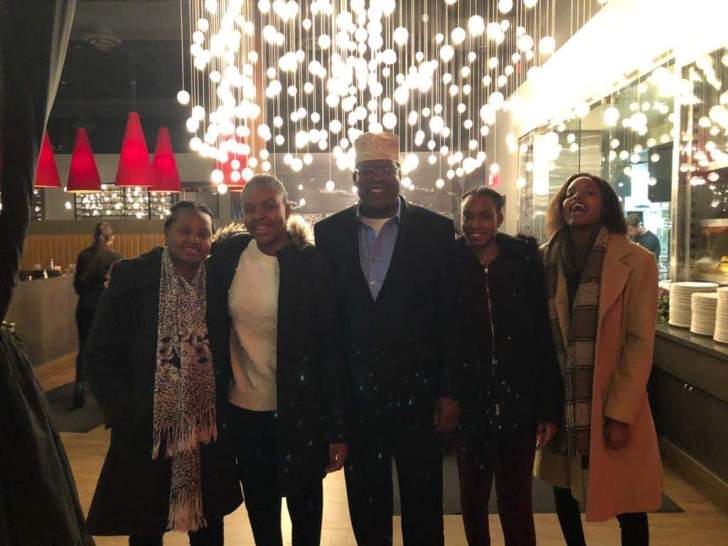 A few weeks ago, Miguna was forced to return to Canada following his failed trip to Kenya. This was after international airlines refused to fly him to Kenya from Europe after the government allegedly issued a red alert against him.

He was prevented from boarding a Nairobi-bound Lufthansa flight in Germany and later ejected from an Air France aircraft shortly after boarding. He flew back to Canada after spending about a week in Germany trying to get a flight to Nairobi.

Government spokesperson Cyrus Oguna said Miguna will only be allowed back when he acquires a Kenyan passport from any Kenyan mission abroad.