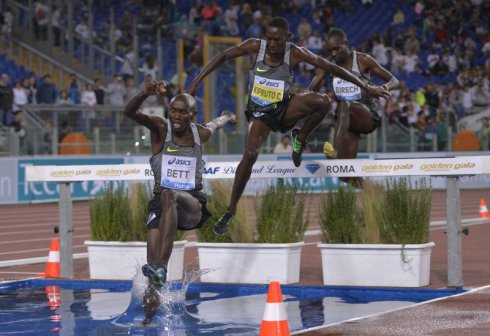 Bett, who was the event’s surprise winner in the Beijing world championships last year, clipped the last hurdle and jogged the final metres. Also missing from Tuesday’s semi-finals will be American Michael Tinsley, who won silver at the London Olympics in 2012. Two of Bett’s teammates, Haron Koech and Boniface Tumuti, qualified with no such problems. Jamaican Annsert Whyte led the qualifying times with 48.37sec, while his teammate Roxroy Cato looked comfortable and Javier Culson of Puerto Rico, bronze medallist in London four years ago and twice a world silver medallist, also advanced. The US flag will be flown by Kerron Clement, world champion in 2009 and silver medallist at the 2008 Beijing Olympics, and Byron Robinson.

World champion Bett crashes out of 400m hurdles Reviewed by samrack on August 15, 2016 .