WHY UHURU WON’T MEET KENYANS LIVING IN THE US 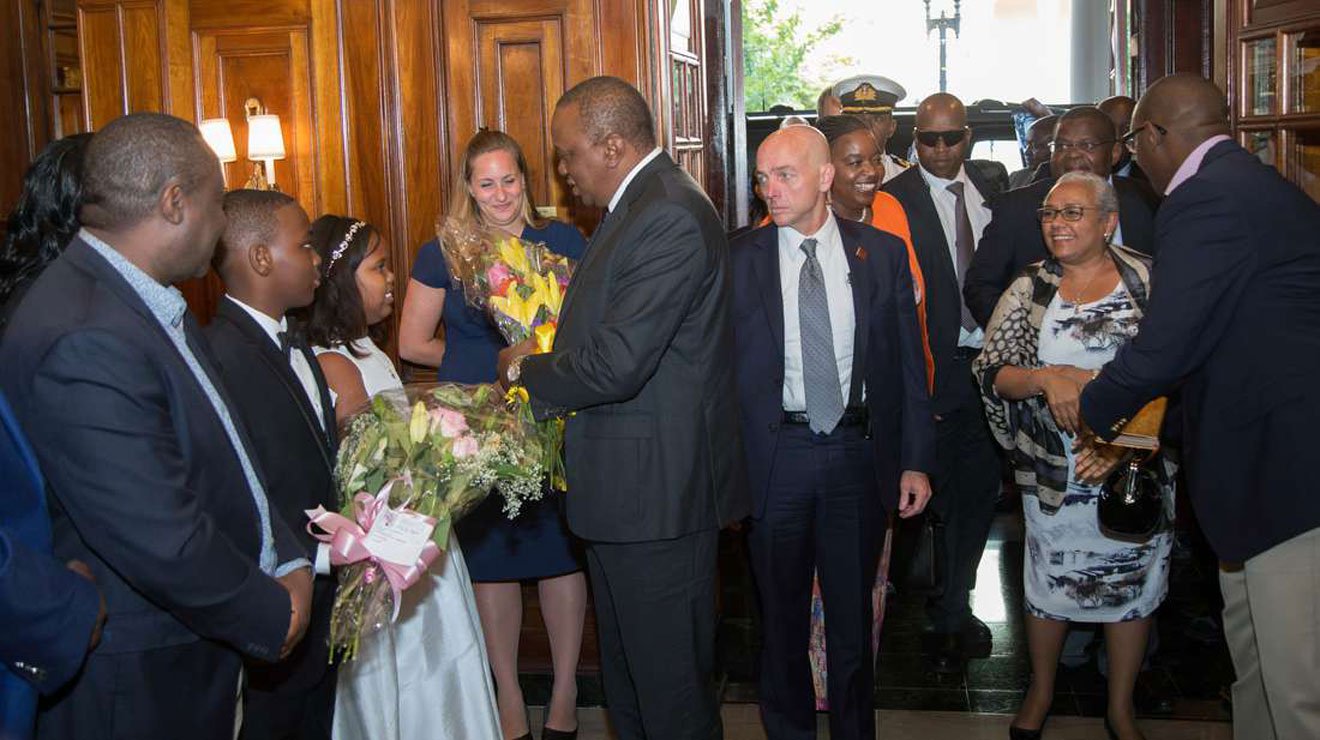 WHY UHURU WON’T MEET KENYANS LIVING IN THE US

President Uhuru Kenyatta is in the US to hold talks with his united states counterpart Donald Trump. The president’s visit seeks to promote Kenya as a preferred investment destination.

By CHRIS WAMALWA in Washington DC

President Uhuru Kenyatta, who is on an official visit to the US, is not scheduled to meet with Kenyans living there as has been the tradition, Kenya’s ambassador to the US Robinson Njeru Githae has said.

In an exclusive interview with the Nation, Mr Githae said time will not allow for the embassy in Washington, DC to schedule an interactive meeting between the President and Kenyans in diaspora.

“The president will only be around for one or maybe one and half days and most of that time will be taken up by his meeting with his counter-part, President Donald Trump at the White House” Mr Githae said.

“The president expresses his regrets. He would have loved to meet with Kenyans because that is one his best moments whenever he visits abroad,” Mr Githae added.

In most trips abroad, President Kenyatta has always found time to interact with Kenyans in the diaspora. These meetings and interactions are usually highly anticipated and choreographed as they provide an opportunity for the diaspora to interact with and listen to their leaders.

Mr Githae said the embassy in Washington, DC has not scheduled any multi-lateral or bi-lateral meetings for President Kenyatta this time round.

“I’m very disappointed that the President will not be meeting with us. I was looking forward to it. I had planned to ask him a question about the handshake but, anyway, I understand he will be on a busy schedule,” said Anthony Muhuna, a Kenyan living in Annapolis, Maryland.

President Kenyatta, who arrived in the US on Saturday, is scheduled to meet with President Donald Trump at the White House on Monday.

“The two leaders will hold talks on a variety of subjects among them trade and regional security, tourism and economy. The meeting will go a long way in broadening the special and historic relationship that exists between Kenya and the US. We are very excited about this and we look forward to a mutually beneficial relationship between the two countries,” Mr Githae.

WHY UHURU WON’T MEET KENYANS LIVING IN THE US Reviewed by samrack on August 26, 2018 .