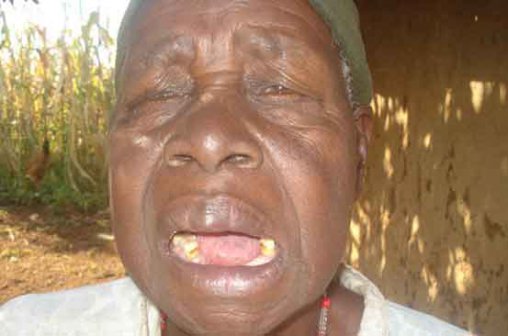 In Luo Nyanza, coming across someone with a big gap in his or her lower jaw isn’t strange. And it doesn’t have anything to do with some horrible road accident or assault from some hooligans; it is a cultural thing.

A few decades ago, men and women had their six lower teeth removed in keeping with the Luo culture. According to 70-year-old Jaduong’ Adika Juma from Kasipul Sub-County, the practice was meant to differentiate members of the Luo community, especially in case of an accident. “There were instances where relatives of road accident victims ended up with wrong bodies. But with the practice, recognising relatives’ bodies became easy,” says Jaduong’ Adika. He says those, it was obligatory for boys and girls aged 12 to undergo the painful exercise which was also regarded as a rite of passage: “It was used to distinguish children from adults. It was also an indicator of how courageous one was and this earned them positions in the society.” However, following the pain with which the practice, which lost its significance in the late sixties came (the initiates were never tranquilized), some would sneak away. But in most cases, many people went for it. They argued one would rather voluntarily endure the pain than be forced into it or even be treated like a pariah in their own land.
Read more at: http://www.standardmedia.co.ke

Why the Kenya Luos removed six lower teeth Reviewed by samrack on August 10, 2016 .

An old woman with six lower teeth cut. (PHOTO: ZACCHAEUS AMIMO/ STANDARD) Why the Kenya Luos removed six lower teeth  In Luo Nyanza, coming across someone with a big gap in his or her lower jaw isn’t strange. And it doesn’t have anything to do with some horrible road accident or assault from some hooligans;