Why Many Kenyan Trained Pilots Are Still ‘Tarmacking’ 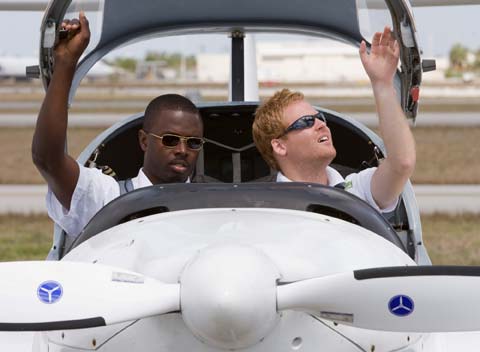 “I trained in a local aviation school in the country. However, I cannot find the job that I trained for since graduation,” he told Kenya’s Capital News.

He is not alone.

Young people are graduating yearly from Kenyan aviation institutions, but the availability of jobs for them in the industry is a major challenge.

“I am not the only one who remains unemployed. I have friends who graduated a year ago and are still tarmacking,” he says.

This is regardless of the money that he and his colleagues parted with to study.

For instance, to get a private pilot’s license from the Kenya School of Flying, a student parts with a minimum amount of Sh1, 044,260 while getting a commercial pilot’s license costs over Sh2.7million for the one year course.

But even with the high fee structure, students from local schools are more probable to get jobs with smaller airlines in Kenya which pay less than what their colleagues working for the national carrier get. The stripping off of accreditation of aviation schools in the country does not help the case either.

Kenya Airways, on its part, widely recruits trainees from South African schools such as 43 Air School in Port Elizabeth.

The school, which is by far the largest on location training fleet in the Southern Hemisphere and the largest live on campus facility on the continent, trains for the private, general commercial, airline and military sectors. Hence Kenya Airways’ preference for the school.

And the carrier goes to great length to see its staff train there.

In 2011, the carrier sent 45 of its Ab Initio Recruits to the school which is equally expensive.

According to a 2011 Facebook post on the company’s wall, trainee pilots received a student loan worth Sh5.4 million each from Co-operative bank payable upon the programme’s completion and a guaranteed permanent job upon return.

Regardless of employment challenges, the aviation industry is promising.

“Africa is set to be one of the fastest-growing aviation regions over the next 20 years, with annual expansion averaging nearly 5 percent,” said International Air Transport Association (IATA) Director General and CEO Tony Tyler when marking Aviation Day.

More so, IATA projects African Airlines to post a collective profit of US$100million for a net margin of USD 1.59 per passenger, the thinnest of all regions which, although profitable, is relatively poor performance.

The US$80billion industry supports over six million jobs on the continent.

“The demographics and economics of Africa’s fast-growing nations will lead to tremendous demand for air travel. But Africa’s aviation system needs to be ready,” Tyler says.

Tyler calls onto African Governments to open their skies. This will see liberalization of international aviation markets which would minimize government intervention while also adjusting regime under which military and other state-based flights maybe permitted.

To illustrate, a study commissioned by IATA in 2014 shows that an extra five million passengers a year would be generated through liberalizing the air markets between just twelve key African countries.

Hence IATA’s push for more African countries to open their skies by implementing the Yamoussoukro Decision.

But the industry is facing its own challenges.

For starters, there are ill-conceived regulations, which according to Tyler are dragging the industry’s progress.

“Taxes and charges on infrastructure and fuel are much higher in Africa than the global average. Over taxing fuel and air fare in an attempt to make high revenues is dragging the sector backwards,” he said.

He further explained that these types of taxations mean fewer flights within, into and out of the continent compared to other continents.

“We as IATA therefore urge governments to remove these taxes and put regulations that are friendly to players in the sector.”

Other challenges faced in the sector include poor safety oversight, restrictive air-services agreements and inadequate and costly infrastructure.

The national carrier has at the same time faced its fair share of problems with continuous losses over the last couple of years. This is reflecting badly on the industry in Kenya seeing that the carrier employs thousands of people directly and indirectly.

Kenya Airways also has to beat international carriers especially those from oil-rich countries such as Etihad, Emirates and Qatar Airways which generally have better packages that include more journey times, smoother connectivity and are perceived safer.

Aviation is however taking a new course locally.

For instance, private investors have been buying charter planes and rendering them to small local airlines guaranteeing them constant revenues.

Property developers are also using airstrips to add value into their property.

“Having an airstrip adds value to our golf course and property in general,” said General Manager of Vipingo Ridge Mike Round-Turner during a press event earlier this year.

He is not alone. Developers are simply taking advantage of a good property and increasing its value by adding an airstrip alluding that the place is in deed of high value.

The aviation industry has also seen considerable investment locally from politicians who use them during political campaigns.

Why Many Kenyan Trained Pilots Are Still ‘Tarmacking’ Reviewed by samrack on June 25, 2015 .

As the country marks IATA Aviation day, John Ng’ang’a a locally trained pilot, is less concerned. “I trained in a local aviation school in the country. However, I cannot find the job that I trained for since graduation,” he told Kenya’s Capital News. He is not alone. Young people are graduating yearly from Kenyan aviation