Why Kenyan Women Have More Money than Men 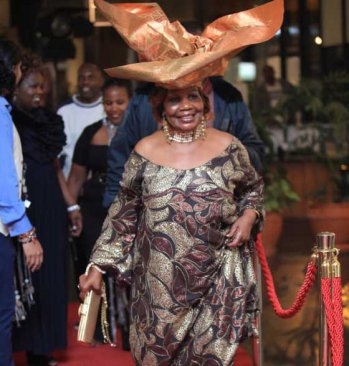 Why Kenyan Women Have More Money than Men

Ten years ago, if a woman was doing well, everyone assumed that there was a man financing her. Fast forward and now women seem to be doing much better than their male counterparts.

A report by Consumer Insight reveals that Kenyan women are earning more than their male counterparts, with 39 per cent of Kenyan women earning a personal income compared to 32 per cent of men. This is in contrast to Nigeria and South Africa, where the numbers are 44 to 45 percent.

Notably, the women have done this without support from laws, government or religious institutions, and with very little help from traditions and culture.

Activist Orie Rogo-Manduli claims that this is possible because of the hardworking nature of Kenyan women. “Kenyan women are enterprising, great multi-taskers and have the ability to concentrate on their work. This gives them an upper hand when it comes to performance, leading to very fast promotions and salary increases,” Manduli told The Nairobian and added that women are more sober when handling money, making it easier for them to not only save, but invest elsewhere.

“We think with our heads unlike our male counterparts who will waste their money in clandestine sexual affairs. Personal income is beyond just salary. It is about what one does with the income,” she adds.

Manduli further argues that Kenyan women are not scared of making more than their partners, which could be the case in other African countries.

Says Manduli: “We are not afraid to step out and make more than our men. We also don’t really care whether we intimidate men. I’m very glad that my female counterparts are quickly abandoning traditional beliefs that a man should make more money than a woman. The only part where men beat us is when it comes to corruptionand stealing!”

While Manduli credits the women’s success to their own hard work and enterprising skills, Maendeleo ya Wanaume Chairman Nderitu Njoka said: “I am not surprised by the results of this research. I did a similar research and it showed that more women are getting promotions and salary increases at work despite having the same qualifications with their male counter parts.”

“We are sitting on a time bomb as everything now seems to be working against men. Everyone is concentrating on the girl child who is far much ahead.”

Why Kenyan Women Have More Money than Men Reviewed by samrack on November 3, 2015 .

Orie Rogo Manduli credits this growth to their own hard work and skills Why Kenyan Women Have More Money than Men Ten years ago, if a woman was doing well, everyone assumed that there was a man financing her. Fast forward and now women seem to be doing much better than their male counterparts. A