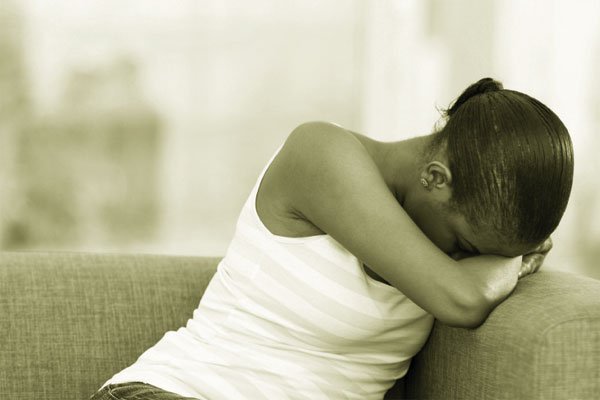 Depression in adolescents is a real problem that sometimes leads to suicide, but many parents cannot even tell the warning signs. PHOTO| FILE| NATION MEDIA GROUP

Mr John Karanja could not wait for his son to complete university so that he could help set him on the path to independence.  Karanja, a senior officer in the Ministry of Education, would use his connections to help his son, who was pursuing a Bachelor of Arts course at the University of Nairobi, get a job.

“But that was not to be. One morning in late 2006, I received a call from the university that my son had committed suicide in his room. My mind spun as I tried to understand what had happened,” he says.

Neither Mr Karanja nor his wife could understand why their son, who was only 19, had taken such a drastic step.

“Ours is by no means a poor family. My son was guaranteed a good inheritance since I own estates and have also invested in the transport industry. I had also invested in a school to guarantee him continuity in his career as a teacher. I thought knowing his future was guaranteed would make him happy. But he hanged himself…” he trails off.

Meanwhile, his mother says there was no indication that anything was amiss with their son. “He was the quiet type who never complained. I believed he was comfortable because we always gave him what he asked for,” she says.

But their son’s close friends talk of a troubled young man: “He used to complain that his parents were over protective and never gave him a chance to make even the simplest decisions in his life. He said he was waiting to finish school so that he could sever ties with the family,” one revealed, adding that the young man was incensed when his mother picked a church elder to accompany him to the doctor’s for circumcision while his age mates were allowed to choose the person to accompany them.

Also trying to come to terms with her daughter’s death is Cecilia Mueni, who lives in Kandara Maragua District.

Her 18-year-old hanged herself in November last year after weeks of mood swings. Though a bright student, she had dropped out of school in Standard Six to take up manual jobs to help her single mother take care of her four siblings.

“She kept complaining that nothing in her life was working but would not say exactly what was troubling her. I invited a pastor to counsel her and she seemed to calm down. But a week later, she hanged herself in a nearby thicket at night,” Mueni says.

Meanwhile, Eunice Njeri (not her real name) 17, was rescued moments before she committed suicide in Murram Village in Makuyu.

Shortly thereafter, Njeri revealed that her step-father had been sexually abusing her: “My mother married this man when I was 10. When I turned 14, he started making sexual advances at me, telling me that I reminded him of my mother when she was younger. I resisted and he started raping me.

“I feel crushed since my dream is to study hard and become a doctor has gone up in smoke because I am demoralised by the abuse I have undergone. It reached a point where I felt  I wouldn’t mind dying,” the Form Three student narrated tearfully.

These incidents clearly show that it is not just adults who suffer from depression, but young people as well.

Mr Ephantus Kamau, a teen counsellor with Youth Ready 4 Christ in Nairobi, says teen depression is a big problem, adding that has dissuaded many from taking their own lives. He cites family instability, rocky relationships, drug addiction, and domineering parents and petty conflicts among the most common factors in the cases he has handled.

“It is apparent that many parents do not know how to handle their teens. When parents fail to nurture an open relationship that makes their children see them as their confidants, it destabilises their lives. With nowhere to turn for consolation, they see suicide as the best option,” he says.

TEENS NOT IMMUNE FROM DEPRESSION

Meanwhile, the national director of the Movement Against Substance Abuse in Africa (Masaa) Dr Richard Gakunju, says parents should realise that teens are not immune from depression.

“Depression in teens is a normal reaction to life’s struggles, setbacks, and disappointments and they eventually breed depression, which gives rise to suicidal thoughts if not arrested in time,” he says.

He adds that parents should be on the lookout if their teens seem to be “living in a black hole or having a feeling of impending doom.”

But this should be done with caution since there are two types of teens: the open and talkative  ones, and the withdrawn, quiet type.

“Whereas it is easy to keep tabs on the former, the latter are difficult to understand and it will require extra vigilance to notice signs,” he says.

Dr Harrison Omollo, a psychologist at the Murang’a District Hospital, says parents cannot always be blamed for failing to prevent suicide in their teens. He says that teenagers face a host of pressures, ranging from the changes that come with puberty to questions about who they are and where they fit in, all of which can induce suicidal traits.

“The natural transition from child to adult can also bring conflict with parents as teens begin asserting their independence. In this regard, it isn’t easy to differentiate between depression and normal teenage moodiness,” he says.

This, he adds, is complicated by the fact that depressed teens do not necessarily appear sad or withdraw  from others.

“The symptoms of irritability, aggression, and rage are more prominent if the teen affected is the open and the talkative type, while the quiet types bottle up their depression until it erupts without warning,” he notes.

Ms Wamucii Kinyari, a youth counsellor, says the symptoms of teen depression are hard to identify unless they are shared. In some teens they can be mistaken for moodiness.

“These are the unique types who will commit suicide suddenly. They  become dull, empty and apathetic,” she says.

It is at that moment that the feelings of helplessness, hopelessness, and worthlessness become intense and unrelenting, with little, if any, relief, hence they commit suicide.

She observes that only 20 per cent of depressed teens ever receive help.

She adds that, unlike adults who can seek assistance on their own, teenagers usually rely on parents, teachers, or other caregivers to recognise their suffering and get them the treatment they need.

“So if you have an adolescent in your life, it’s important to know what teen depression is all about and what to do if you spot the warning signs,” she says.

A counselling manual by the Movement Against Substance Abuse in Africa’s Dr Richard Gakunju and Dr Peter Gaku titled Symptoms of Teenage Depression, it Sights Sadness or Hopelessness As The Key Catalysts Towards Teen Suicide says the ultimate red alert for parents, teacher and caregivers is when the teen starts talking of death or suicide whether as a joke or in serious discussions.

“The teen might be weighing his options and is using those jokes or discussions to get the final conviction that death is, after all, a relief by itself,” the report says.

I overcame the urge to die, now I want to be the voice of hope

Mr Daniel Kamau was preparing to kill himself  when he heard a voice telling him not to. Today, he is a motivational speaker, gospel artiste and an evangelist with the Redeemed Church.

“At one point I contemplated taking my own life. That was after my father sold our land, I had seen my siblings dying one by one and I was jobless. But just like I survived that urge, I want to be the voice of hope,” he says.

He has earned himself the title “anti-hanging ambassador” as he traverses parts of central Kenya meeting youth groups to spread the message of perseverance and sharing low moments.

“I target schools, churches and youth groups to deliver messages of hope and repentance as opposed to the spirit of despair and suicide,” he says.

Born in a poor family in 1973 in Thing’ati village, Kiambu County, Kamau came face to face with poverty after his father sold their family land in 1989.

“This left my mother, Sarah Wanjiru, our sole breadwinner and she took up casual jobs to bring us up in the Nyathuna slums. How she survived and brought the 10 of us up is the stuff of fairy tales,” he says.

The sixth born child, he faced years of sorrow when between 1980 and 2007, he lost six of his siblings as well as both parents.

He dropped out of school in  Standard  Six and took up menial jobs to support himself after his  mother died in 1986.

“I tilled people’s land, washed dishes in hotels and at one time worked in a butchery. I also milked people’s cows but since those who gave me the jobs knew how vulnerable I was, most of them refused to pay me,” he laments.

“Frequent arrests and conflicts with route gangs only  made my life more miserable such that in 1999, I decided that, since my efforts had not paid, I would kill myself and find peace in death,” he says.

“Thay was after I had tried hard-drinking and taking drugs to induce a sense of  hope in my life,” he adds.

He remembers the  Tuesday in 1999 when he bought a rope ready to end his life but on his way to hang himself, he heard a voice speaking to him.

“I heard a musical voice telling me there was somebody holding my hand throughout my tribulations. I dropped the rope and that voice formed my first  gospel song, Jesu Nyita na Guoko (Jesus hold me by the hand)” he says.

Instead of taking his life, he ended up becoming born again, which saw his life start improving.

Jayne Muthoni, a renowned gospel artiste based in Nairobi, has  a similar story.

Her problems began after she passed the Kenya Certificate of Primary Education (KCPE) examinations but  could not proceed to high school for lack of money.

“My mum could not afford the secondary school fees, so I abandoned studies. I had banked on education as the only means  I could use to free my poor mum from the shackles of biting poverty. I would find a place where I would be alone and cry, wondering how life could be so cruel and unfair,” she recalls.

Things got so bad that she contemplated ending her life when she was  20.

But she says something happened as she slept one  night in 1994, after she had sought  help from her close friends.

“God talked to me. He said: ‘My daughter, I have seen you suffer. You have amazed me by your strength. I will give you solace. I want you to serve me through spreading the message of hope and consolation to humanity.’”

That was the turning point in her life.

When young people lose hope in life Reviewed by samrack on January 11, 2017 .

Depression in adolescents is a real problem that sometimes leads to suicide, but many parents cannot even tell the warning signs. PHOTO| FILE| NATION MEDIA GROUP  When young people lose hope in life Mr John Karanja could not wait for his son to complete university so that he could help set him on the path