President Uhuru Kenyatta has officially launched the non-stop flight from USA to Kenya that will depart on October 29, 2018. The inaugural flight from Nairobi to New York started  October 28, 2018. #NYCNBO

From a nondescript railway depot for the Kenya-Uganda Railway in 1899 that grew to become East Africa’s biggest metropolis, the story of Nairobi has been that of incredible promise, dogged determination and entrepreneurship. It still is. Yesterday, Kenya Airways’ Boeing 787-8 Dreamliner took off from Nairobi’s Jomo Kenyatta International Airport on the epic flight to New York City, arguably the world’s capital city. It is easy to lose the big picture given the razzmatazz that has preceded its launch presided over by President Uhuru Kenyatta.

The flight endorses Kenya’s safety standards and erases the feeling that it is an unsafe destination. Those who have vouched for the direct flights between New York City and Nairobi say it will help push up tourist numbers and promote trade and investment. True, the symbolism that the flight holds (on tourism and investment) cannot be underestimated, but to reduce it to those two is too simplistic. Indeed, it is true that the national carrier’s forays into the US gives those who will board the 15-hour flight an access to the world’s biggest economy and North America including Canada. Yet it is what Nairobi stands to gain as the region’s transport hub that should be celebrated. There are those who think that Nairobi’s strategic position as a centre of trade and commerce makes Kenya the Switzerland of Africa.

Sadly, Kenya has not appropriated value from this. Besides excelling elsewhere, it has constantly punched below its weight in the aviation industry on the continent. Other continental heavyweights like Egypt, South Africa and Ethiopia have direct flights to American cities dating many years back. That it has taken Kenya that long should trouble authorities. Kenya’s economy (worth $63.40 billion in 2015) is the biggest in the East African region, boosted by its liberal market economics, comparatively better infrastructure, and a huge well-educated human resource pool supported by modern technology. Many passengers connecting through JKIA to the US and North America including UN personnel, humanitarian workers and diplomats will find the one-stop flight attractive and convenient. On that alone, Kenya stands to benefit a lot. The direct flight will also provide a ringing endorsement and a vote of confidence for the struggling Kenya Airways weighed down by mounting losses in the recent past. KQ needed this endorsement to weather the storms of a dark past and cement its position as an airline of choice. No doubt, it has the wind in its sails. But first it has a lot of housekeeping issues to dispense with. 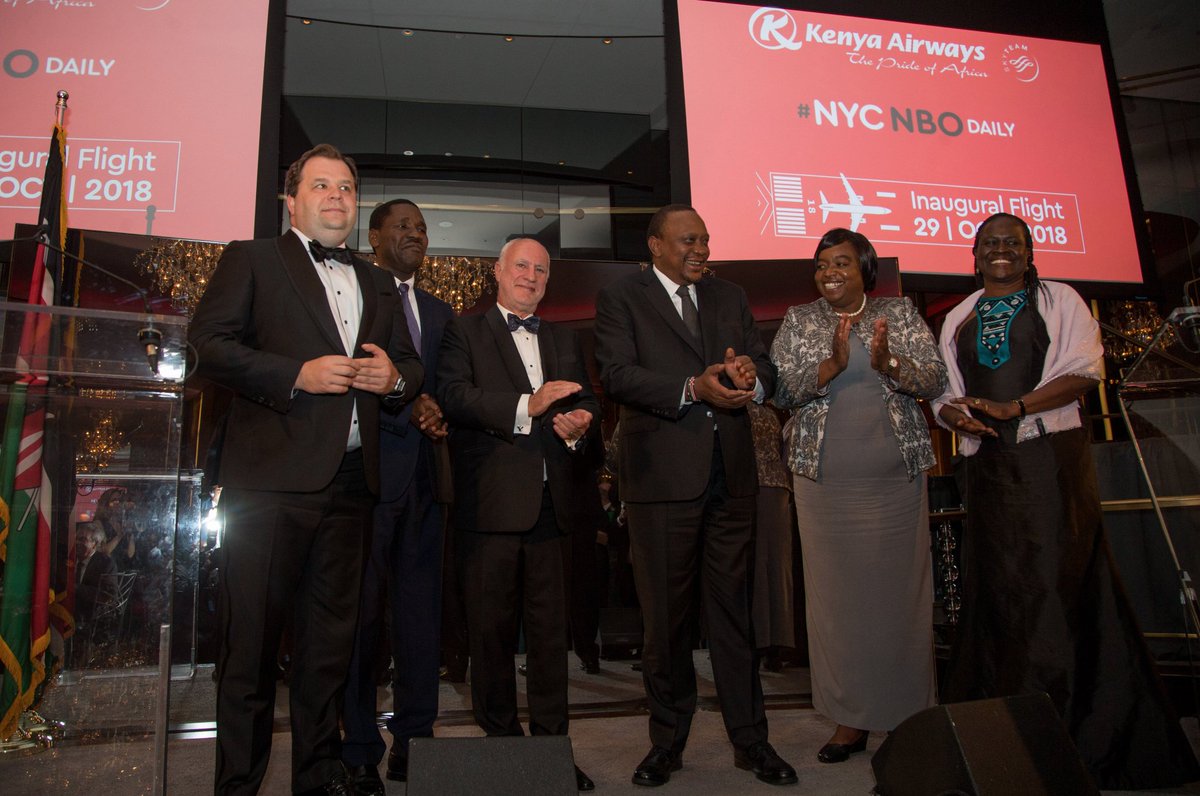 Kenya Airways will have to fix some of the maddening issues it has come to be associated with and which put off customers like the perennial delays and lost luggage. Surely, shouldn’t customers be saved these little inconveniences? Whereas customers are turned off by long layovers in lonely airports, a direct flight will lose its allure were they to be unnecessarily delayed or lose their luggage. Worst of all, if they were to be treated shoddily by rent-seeking immigration and customs personnel. The airline has had to withstand waves of industrial unrest as its employees demand better pay and allowances. It will have to assure its new customers of consistent good customer service. It should persuade its employees to have a longer view of things; that the benefits will accrue in the long term. The flights will put Kenya in good stead as it repositions itself as a transport hub, especially the completion of the Sh300 billion SGR and the myriad road networks being laid down. First, Kenya stands to reap big from the African Growth and Opportunity Act popularly known as the Agoa Treaty, especially given Kenya’s elevated status as a strategic partner to the US following President Uhuru Kenyatta’s meeting with US President Donald Trump in August. The Agoa deal enhances market access for countries (including Kenya) which export mainly apparels to the US market. Yet it is foolhardy to imagine that a plane flying mostly the well-to-do or the jet-set class will deliver the magic bullet to fix Kenya’s problems. No, it won’t. Just like the railway line gave us the city, what was done thereafter with it matters most.

Finally, KQ in first direct flight to US: PHOTOS & VIDEO

The Kenyan school which changed an American boy’s life

The Kenyan school which changed an American boy's life