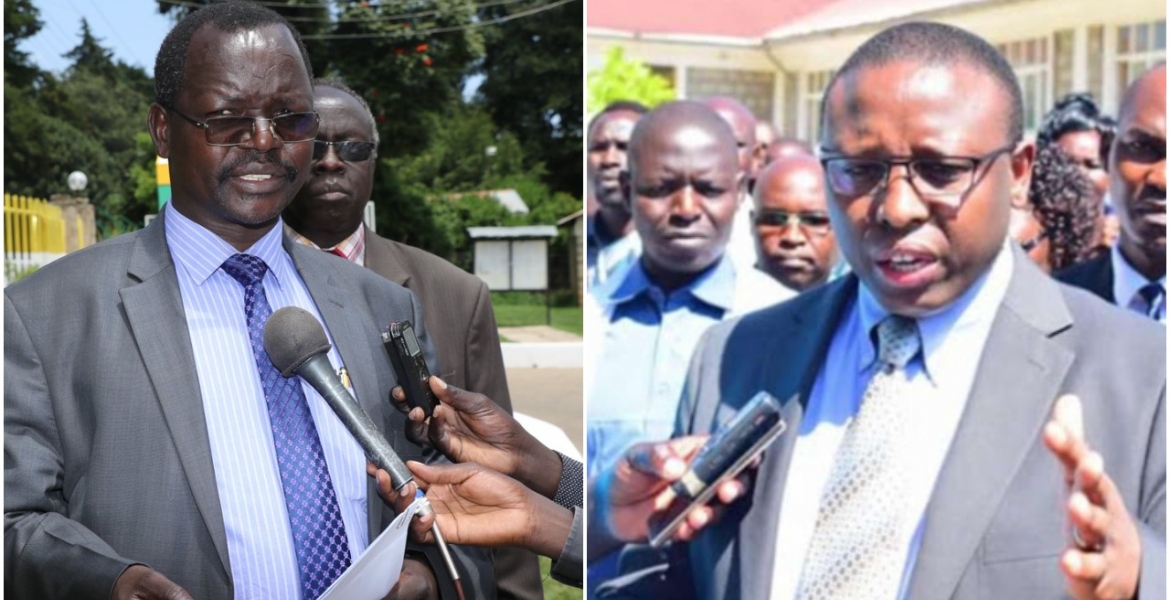 West Pokot Governor Prof. John Lonyangapuo has fallen out with Deputy Governor Nicholas Atudonyang, who is based in the US.

Addressing reporters on Tuesday, Lonyangapuo called for the deportation of Atudonyang from Texas, USA, where he practices as a family doctor.

“No wonder this idiot ran away from West Pokot, now I know why he moved to Texas in America,” said Lonyangapuo.

“In fact, Trump should deport him as soon as possible. We have been thinking he has various challenges, we keep telling people he will come back, but he is actually killing the county.”

He claimed Atudonyang was part of a team of leaders that are interfering with West Pokot politics and inciting residents against him.

Atudonyang returned to the US immediately they were elected in 2017 and his absence has been questioned by authorities and residents.

In 2018, officers from the Ethics and Anti-Corruption Commission (EACC) arrested and grilled Lonyangapuo over Atudonyang’s absence in the country.

“EACC quizzes Governor of West Pokot County over allegations that his Deputy Governor, Dr. Nicholas Atudonyang has a full-time job in a foreign country and yet continues to be salaried by the County Government for no services rendered. Investigations on the same ongoing,” EACC said in a statement.

But Lonyangapuo has always defended Atudonyang, saying he no longer earns a salary from the county and that he was mobilizing resources for West Pokot County in the US.

“He is coming with two 40-meter trailer containers of medical equipment and 500 laptops which reached Mombasa yesterday. He is not using county money. He is coming on Thursday and I will go on Sunday to Mombasa to bring the equipment worth Sh200 million,” Lonyangapuo said in 2018.

West Pokot Governor John Lonyangapuo Wants His Deputy Deported from the US Reviewed by samrack on June 11, 2020 .