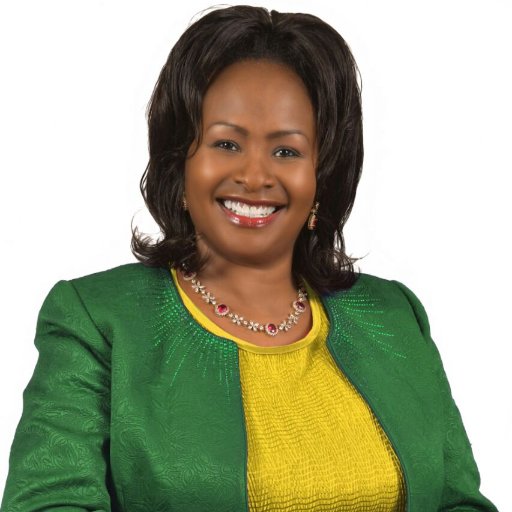 Wiper party’s Machakos gubernatorial candidate Wavinya Ndeti has survived an onslaught to push her out of the race.

Ms Ndeti can now breathe easy after the Court of Appeal in Nairobi quashed an appeal challenging High Court decision that allowed her to run.

Judges Erastus Githinji, Hannah Okwengu and Jamilla Mohamed on Friday agreed with the High Court in quashing the electoral commission’s decision to block her from running.

The Independent Electoral and Boundaries Commission had locked Ms Ndeti out of the race after finding that she was a member of two parties at the same time— Wiper Democratic Movement and Chama Cha Uzalendo (CCU).

The cancellation followed a petition filed by a voter, Kyalo Peter Kyuli, who is also a member of the Machakos County Assembly.

Mr Kyuli had asked the tribunal to nullify Ms Ndeti’s nomination and revoke the certificate awarded to her by Wiper.

In his petition, he argued that Ms Ndeti ditched her CCU party for Wiper on April 6, 2017, a day after the party-hopping window had been shut by the courts.

The High Court had ruled that no party hopping should be allowed after April 5, 2017.

According to the 2011 Elections Act, he had told IEBC, anyone who decamps to another party 120 days to the election date is deemed to have breached the set rules and cannot be allowed to contest on their new party’s ticket.

Mr Kyuli argued that by being the party leader of CCU and a member of the Wiper party, Ms Ndeti was committing an electoral offence.

He cited a letter by IEBC chairman Wafula Chebukati, dated May 26, 2017, in which he confirmed that Ms Ndeti was still the CCU leader despite having decamped to Wiper following an agreement with Mr Musyoka.

He further argued that Wiper allowed a stranger to participate in its primaries against the 2011 Elections Act.

IEBC agreed with him and cancelled her nomination.

But the High Court set aside this decision and Mr Kyuli took the battle to the appellate court.

Wavinya Ndeti survives, again Wiper party’s Machakos gubernatorial candidate Wavinya Ndeti has survived an onslaught to push her out of the race. Ms Ndeti can now breathe easy after the Court of Appeal in Nairobi quashed an appeal challenging High Court decision that allowed her to run. CCU Judges Erastus Githinji, Hannah Okwengu and Jamilla