Watch out for red flags during this marriage season 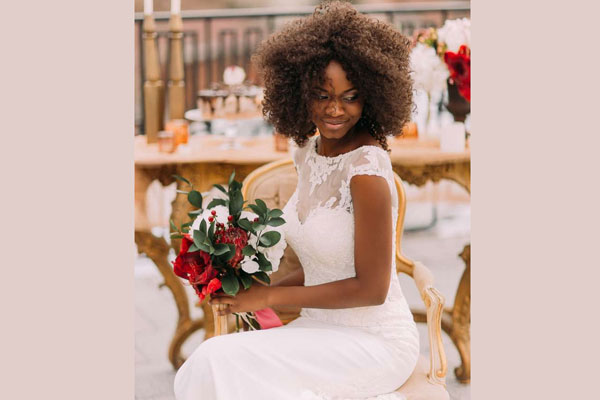 Go for the minimum one year of courtship before tying the knot. PHOTO| FOTOSEARCH

Watch out for red flags during this marriage season

You know how ladies sit together for hours and end up sharing too much information? It is what keeps us sane and helps us live longer.

I happened to share a table with seven ladies during an afternoon function that went late into the night.

For the first one hour, we were all busy seizing each other up but pretending to be busy with our phones. But you can’t share a meal and not start a conversation.

In between passing the pepper and toothpicks and alerting the lady sitting across me that her long braids were dipping into her soup, we started a chit chat. It led to loads of sharing and by eleven o’clock that night, we were tighter than blood sisters.

Family is close at heart to many women and as it turns out, marriage matters came up. Four of the ladies in the group were divorced. They shared their experience.

One of them, a bubbly woman with a smooth rich dark chocolate skin and really beautiful nails-we noticed and complimented- said, “It takes extreme abuse, near death experience to make a Kenyan wife seek divorce. Every time I share what I went through, I don’t believe it myself. ”

And she shared her experience, which led to the rest of us sharing.

What we concluded was that we wish all the unmarried girls would be keen on these red flags before rushing to call wedding committees and buying expensive wedding gowns:

He wants a marriage faster than you can say wedding

Go for the minimum one year of courtship. This is the reason why your grandmother advised you to go through the cultural rites of marriage.

If he wants you to move in with him or rush to the AG to solemnise your marriage before you even know his surname, please ran for the hills and don’t look back.

One of the ladies had gotten married to her “very Christian” boyfriend from the choir within four months of dating.

“We were celibate and really anxious not to get into sin,” she said, eliciting laughter and cheers.

Within a year of marriage, her husband was beating her black and blue while justifying the abuse with ‘she’s not submissive.’

The only red flag she had glimpsed during their brief dating was at his impatience and twice when he lost temper while speaking to someone on phone.

His way or the highway

If your boyfriend is too sure of himself, does not accept a differing opinion from his own and even gets dismissive of you, please, get off the bus.

Headship in marriage is about leadership, not rulership. Leaders are visionaries who inspire others by sharing their vision and getting the buy in from the team.

A man with a bloated ego will drive your bus off a cliff because it is his way or no other way.

He is nice, responsible, God-fearing, stable… but no connection

Are you friends? Do you have that bond, that connection that even in silence you still look at each and laugh at something?

One of the married ladies shared that in her twenty-one years of marriage, what has kept them glued together is their foundation of friendship.

They have gone through the promised ‘for better or worse’ but the fact that they built a friendship helped them survive.

Just like friends do, they kept in touch even on that evening, updating each other until when the function ended and he came to pick her up.

When we are newly dating, the passions are heightened and we can mistake this to mean connection. Again, that is why that one year courtship comes in handy.

We all wish we were shrinks so we can read a man with a penchant for abusive behaviour a mile away.

But since we come in trusting that everyone had beautiful childhoods where they were affirmed and are now confident in their own skin, we end up facing the ghosts of one’s childhood.

Just do the one-year courtship and ask every possible question you can and listen very keenly for the responses and above all, become a body language expert.

Men who watched their fathers abuse their mothers, and who were also abused as children can ape this behaviour.

But if a man with father wounds is intentional in not turning out like their father, he will take the initiative to invest in learning and healing, so he can be different.

Such a man will read widely, attend seminars, therapy and be open to share up front about his childhood with you.

The marriage season is here. Please make informed decisions so that you can truly enjoy the beauty of marriage. Because, it was meant to be a wonderful covenant between two people that love and honour each other.

Watch out for red flags during this marriage season Reviewed by samrack on November 14, 2018 .

Share thisFacebookTwitterPinterestEmailWhatsAppGo for the minimum one year of courtship before tying the knot. PHOTO| FOTOSEARCH  Watch out for red flags during this marriage season You know how ladies sit together for hours and end up sharing too much information? It is what keeps us sane and helps us live longer. I happened to share a