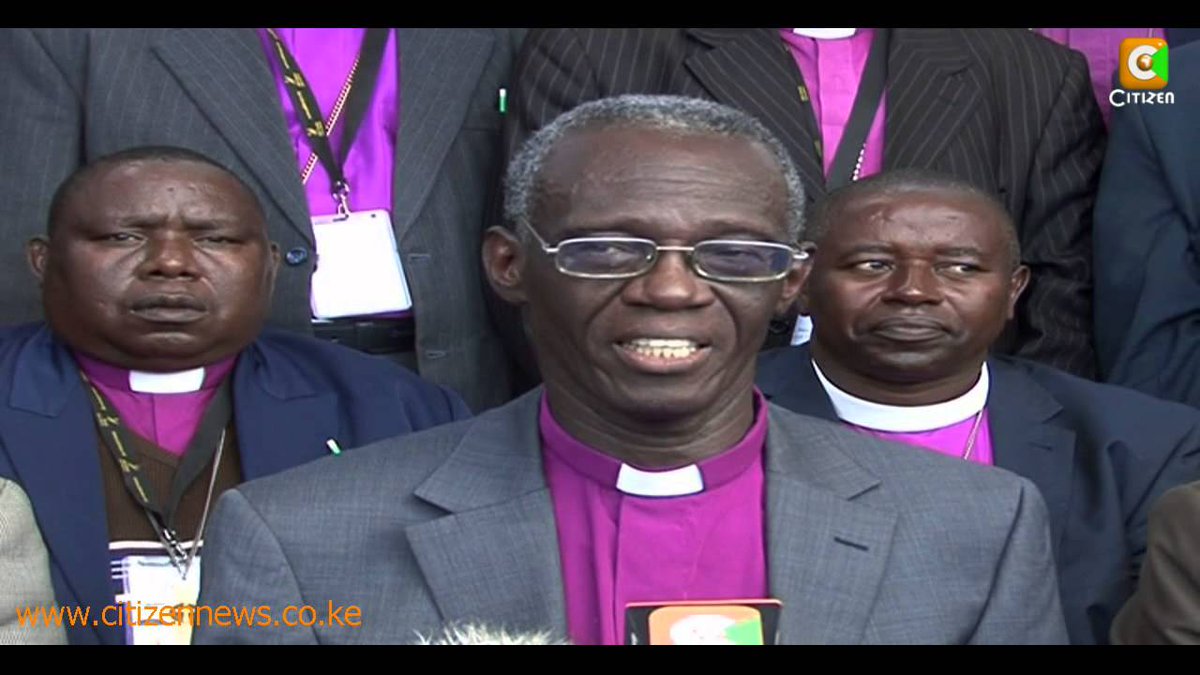 Former Anglican Church of Kenya (ACK) Archbishop, Eliud Wabukala, on Tuesday turned down a proposal by a section of Jubilee legislators to take over the leadership of the troubled Independent Electoral and Boundaries Commission (IEBC).

Wabukala, who retired as the head of ACK in June this year, said his focus remains on religious activities and not politics.

“I am okay with the work I am doing now, my role is to pray for the country,” Wabukala told Radio Citizen, adding that he has not yet been consulted on the electoral body issue.

“I am yet to be consulted on this issue by any leader or politician, but my stand is that I am not interested in the job.”

A section of Jubilee Members of Parliament led by Gatundu South’s Moses Kuria on Sunday urged Wabukala to take over as IEBC boss.

“The electoral commission boss must be a neutral person, exhibit high integrity and be a respectable person. Archbishop Wabukala is capable of spearheading the commission,” Kuria said on Sunday at a function held at the Pan Paper grounds in Lugari.

He was in the company of Lugari MP Ayub Savula and his Mathare counterpart Stephen Kariuki.

Wabukala has, however, urged MPs to cast their net wider while searching for those to take over the management of the electoral commission once the current IEBC team vacates office.

“The person to lead IEBC should be well qualified and able to manage elections to ensure a credible process,” he said.

Last week, IEBC commissioners led by their chairman, Ahmed Issack Hassan, expressed their readiness to go home saying they will support any dignified process for their exit.

“The country is bigger than any of us and if there will be a political settlement, the commission will not be a stumbling block,” said Hassan.

Wabukala says no to IEBC top job Reviewed by samrack on August 9, 2016 .