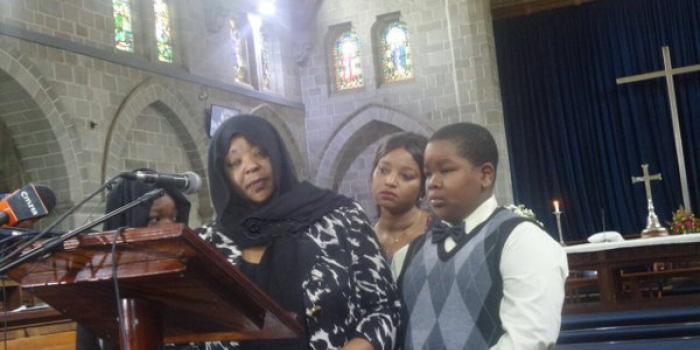 Jacob Juma’s wife and children during requiem mass VIDEO: What Jacob Juma’s 9-Year-Old Son Said at Mass The son of the late businessman Jacob Juma on Thursday eulogised his father in a touching speech at the All Saint Cathedral where a requiem mass was held. John Juma, while holding back tears, described his father as ‘the best dad