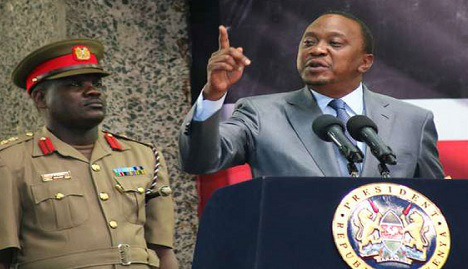 Mr Kenyatta on Wednesday said it is improper for Mr Odinga to claim that the trade pact would flood the Kenyan market with cheap sugar.

He told Mr Odinga, who attended Eastern Africa Region Pan African Congress at the Kenyatta International Convention Centre, that he was taking the country back.

“I say that with due respect and humility to my elder brother. We cant criticise one another for the sake of criticising each other,” he said.

Mr Kenyatta said it was better to import sugar from Uganda than Brazil and other countries.

He said Kenyan farmers also stand to benefit as Kenya would export beef besides other products to Uganda.

But Mr Odinga, who addressed the forum after Mr Kenyatta had left, maintained cane farmers would suffer losses.

He said there were no mechanisms in place to ensure the provision is not abused to dump cheap sugar imports from other countries.

“I’m not opposed to intra-Africa trade. I will not be against Kenya trading with Uganda. All we want is protection for Kenyan cane farmers,” he said.