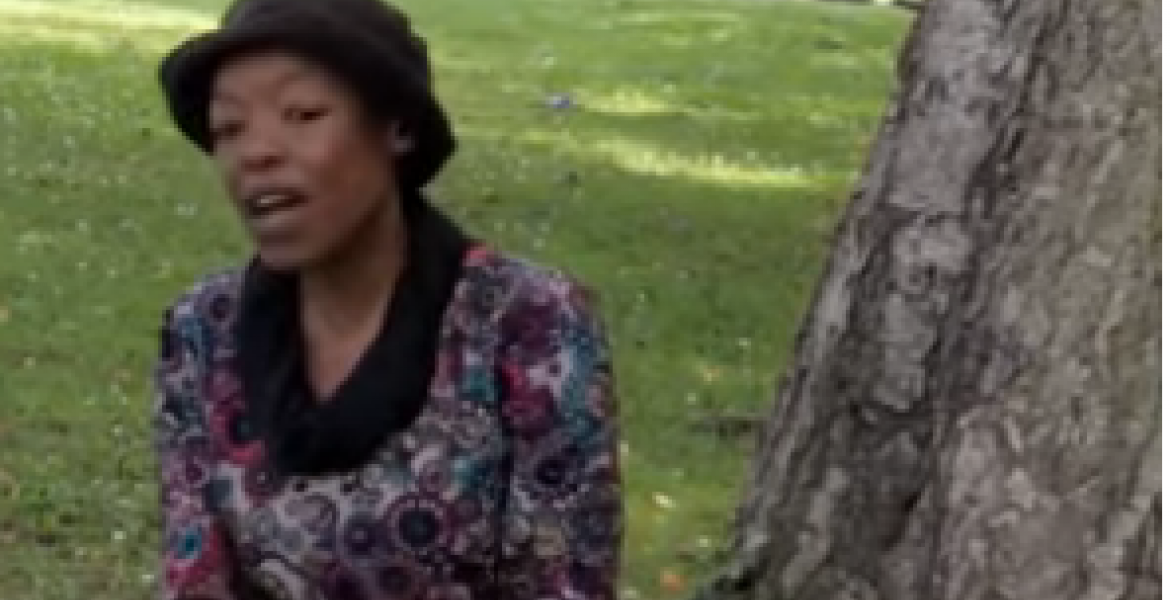 A video of a homeless Kenyan-born woman narrating her struggle in the streets of the United Kingdom has been shared online.

The woman, who only identified herself as Peggy, said she went to the UK for further studies but ended up in the streets.

In the video posted on Kenyans in the UK Facebook page, the woman explained that her mother, who she described as an international businesswoman, had advised her against going to the UK but she ignored her.

“Well, I am the firstborn of three children. I have three brothers, Steven, George and Kevin, and a single mum who lives in Kenya. I was born in Kenya, and my mum works very hard. She is still alive. She had a brutal time in her life. I came to know about her struggle through different means. She is an international businesswoman. She really came from nothing and worked her way up,” she spoke.

“I have a daughter as well. She is 11 years old and her name is Peggy Junior. My mum works as a businesswoman. We all went to school. We were educated internationally. We went to different countries. I came to England, Steven went to America, and George went to Manchester. He was here with me and Kevin went to a South Malaysian country,” Peggy narrated.

“When I came to England, I came to undertake my Masters in International Marketing. It was a short stint because the course was short too and I had already done my Bachelor’s Degree. When I went home, my mother begged me to stay, stating that she had a bad premonition, but I didn’t understand,” she added.

Peggy, who did not explain how exactly she ended up homeless in the UK, said her efforts to get help have been unsuccessful. She also said she lost custody of her daughter, who is 11 years now.

“I have searched for help severally but most offices state that they couldn’t help me because I wasn’t mentally challenged, nor physically disabled, nor did I have a criminal record.  I told them that I have a daughter and I am a girl, but they still declined,” an emotional Peggy, who was being interviewed by a white man, said.

She said she has encountered several problems while in the streets including physical and sexual assault. “A well-wisher came and bought me clothes and socks on Valentine’s Day. There are some kind people out there who also bought me sun cream and tights. However, that night, I was bound all over, they strangled my neck, and I was screaming all over. I was so scared because they had needles they use to inject me with the drugs they abuse,” she recounted.

“That night I also lost custody of my daughter.  My mum is a decent human being, so it is not right for us girls to be tortured because we have no men to help us. You cannot go on doing this. I am not a mammal, I am a human being. It is so painful.”

“Give me my daughter and I go back home. I am a brilliant woman. Hi, baby gal (Peggy Junior), mom and Steven, George and Kelvin. I am alive still, in spite of everything. My first happiness is my family. My daughter, mum, and brothers. I don’t have a father,” Peggy pleaded.

VIDEO of Homeless Kenyan-Born Woman who Lives in the Streets of UK Emerges Reviewed by samrack on August 18, 2019 .

Share thisFacebookTwitterPinterestEmailWhatsAppVIDEO of Homeless Kenyan-BornWoman who Lives in the Streets ofUK Emerges A video of a homeless Kenyan-born woman narrating her struggle in the streets of the United Kingdom has been shared online. The woman, who only identified herself as Peggy, said she went to the UK for further studies but ended up in the