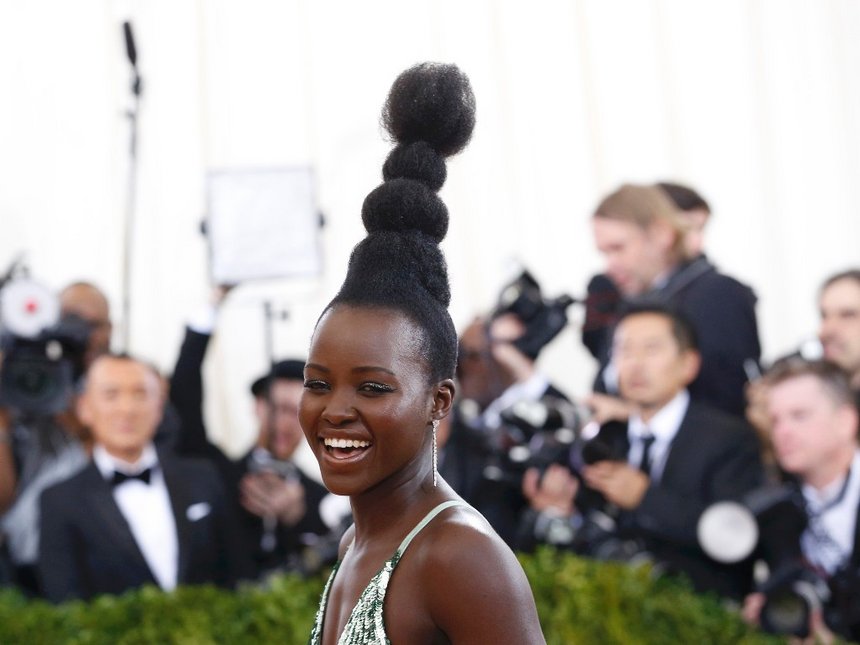 Actress Lupita Nyong’o arrives at the Metropolitan Museum of Art Costume Institute Gala (Met Gala) to celebrate the opening of ‘Manus x Machina: Fashion in an Age of Technology’ in the Manhattan borough of New York, May 2, 2016. Photo/REUTERS

The vivid first trailer for Disney’s true-life story ‘Queen of Katwe’ is here, hitting the web on Tuesday.

Aside from featuring the familiar faces of Golden Globe nominee David Oyelowo and Oscar winner Lupita Nyong’o, the trailer is filled with expressive first-timers including Madina Nalwanga, who plays Phiona Mutesi in the film.

The colorful trailer first opens with a quote from Liberian president and Nobel Peace Prize winner Ellen Johnson Sirleaf on a black background: “The size of your dreams must always exceed your current capacity to achieve them.”

Nyong’o recently spoke about Ugandan culture, telling Entertainment Weekly, “There is an ease in the Ugandan demeanor that is very welcoming. I love the melody of the accent, the food, the music and the people’s inherent style.”

“There was a familiarity with my home country being right next door but also complete surprise in what was so different.”

She added: “There is a resilience of spirit in Uganda. The slum of Katwe is a very difficult place to live, but you see these people living there with dignity. To go there and to have that environment to work from really did give life and meaning to our work. It was research, obstacle and inspiration.”

Nyong’o is currently performing her Tony Award-nominated role in ‘Eclipsed’ and last lended her voice for the role of Raksha in ‘The Jungle Book’.

Oyelowo last starred in this year’s ‘Nina’ with Zoe Saldana.

Disney’s ‘Queen of Katwe’ hits theaters with a limited release on September 23.

Actress Lupita Nyong’o arrives at the Metropolitan Museum of Art Costume Institute Gala (Met Gala) to celebrate the opening of ‘Manus x Machina: Fashion in an Age of Technology’ in the Manhattan borough of New York, May 2, 2016. Photo/REUTERS [VIDEO] First trailer for Lupita Nyong’o’s ‘Queen of Katwe’ The vivid first trailer for Disney’s