Vicky Kitonga give Kenyans a taste of her latest song”Amenikumbuka” 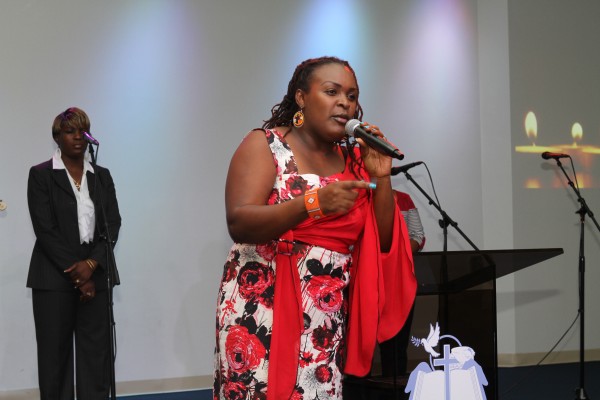 She was giving a word of encouragement  at the newest Kenyan Church in Massachusetts  Well of Worship Center, located  on 145 Broadway Street,Dracut,Massachusetts.

Amenikumbuka is a swahili word for “He has remembered me” The song was inspired from her life experiences and how God has been faithful all along and has remembered her.

Citing from the Biblical Hannah,Hannah is a good example from the Bible of a person who God remembered;She entered into the Lord’s tabernacle to pray once again for her deepest need.

Eli, the priest, observed her and saw such anguished behavior that he thought she was drunk and he rebuked her for it. When she explained that she was indeed not drunk but was pouring out her heart to the Lord, he said; “Go in peace, and the God of Israel grant your petition which you have asked of Him.” (I Samuel 1:17) Hannah left the temple “and her face was no longer sad” (verse 18) because she had given her all in prayer and had made a vow that would cost her the very thing she sought. 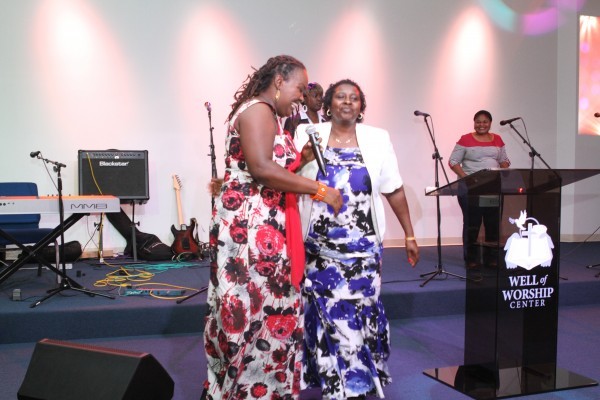 The Bible says that God then remembered Hannah; she did conceive and had a male child whom she named Samuel. Hannah also remembered the vow she made to the Lord and when Samuel was weaned she took him up to the temple and entrusted him into the hands of Eli, the priest who had overheard her prayer.

Vicky Kitonga was awarded the prestigious  Philanthropist Award 2013 by XTREEM AWARDS and has sang and produced many Gospel songs such as  Asali,Alisema Atatenda,Hapa Kenya,Tulia with Evelyn Wanjiru among many others.

Vicky Kitonga give Kenyans a taste of her latest song”Amenikumbuka” Reviewed by samrack on August 12, 2015 .