US immigration debate: what does Trump presidency mean for Kenyans? 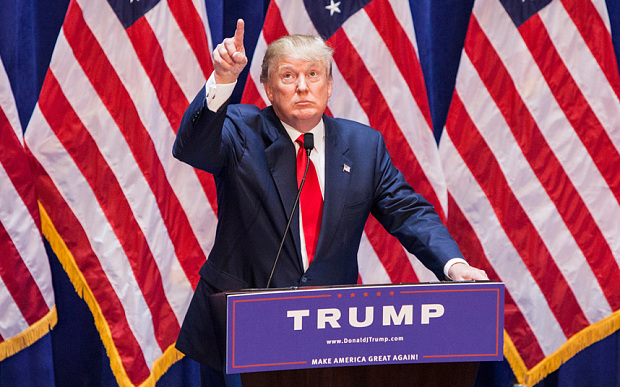 Business mogul Donald Trump gives a speech as he announces his candidacy for the U.S. presidency

US immigration debate: what does Trump presidency mean for Kenyans?

America went to the polls last week ending months of high voltage campaigns pitting real estate mogul Donald Trump and seasoned lawyer and bureaucrat Hillary Clinton. US politics have never witnessed such polarizing bare-knuckle campaign like this one. Many people around the world have keenly followed the key highlights of the campaign and especially the immigration reforms debate.

According to www.politifact.com, Trump wants mass deportation of about 11 million illegal immigrants, building of a wall alongside the border with Mexico and a ban on immigrants from certain countries. Clinton on the other hand, wanted a pathway to citizenship, immigrant integration and protection from deportation. Although the two contenders favoured tighter secure borders, their approaches on how to go about this were quite the opposite.

Immigration is a major sovereignty issue for any State and is therefore, almost always a priority for any person seeking to be the president and Commander-in-Chief of any country. Both Trump and Clinton have been criticized as being too anti-immigrants and too pro-immigrants respectively which points to a fast-growing need by Americans for well thought out immigration reforms. This insatiable desire for genuine reforms may actually be the main reason why Trump carried the day.

Kenyans were keen on the outcomes of the elections and particularly keen on the immigration reforms because many of them or their relatives live in the US while many others harbour dreams of relocating. Estimates put the number of Kenyans living in the US in excess of 100,000 with more than a third of those living there illegally. Regardless of their status, these Kenyans work and send cash back to Kenya which helps in developing the country. Many of these Kenyans dreaded a Trump presidency and probably favoured Clinton’s regime owing to its pro-immigrants stand but unfortunately Trump is the president elect now.

However, for the 45th president of United States of America, it will not be business as usual because the talking shop is now closed and real work must start. There is a lot anxiety among Kenyans in the US especially those without valid immigration status because the man that many wished not to be the president is now the 45th President of the US. For many locals, it is a wait and see if it will be much harder to be granted a visa to the US. Hillary Clinton’s presidency may have offered a temporary reprieve for Kenyans living in the US illegally and perhaps see the continuation of the current Kenya-friendly visa regime but still, she too would have been under a lot of pressure to secure the US borders and reduce illegal immigration.

The immigration debate should arouse our conscience as Kenyans and make us look inwards to see how we manage our immigration and the state of illegal immigration in the country. A few months ago, the President was categorical that Somali refugees must go back to their country which elicited a lot of debate locally and internationally.

Recently, illegal immigrants of Nigerian origin were arrested and this created a huge backlash on Twitter with Nigerians accusing Kenya of mistreating its citizens until the Nigerian Foreign Affairs Ministry came to Kenya’s defence by stating that all Nigerians citizens must abide by host country’s immigration laws. If you walk in the streets of Nairobi, you will come across people from all nationalities and walks of life, some of whom are not in Kenya lawfully yet, the concerned agency may not have the capacity to deal with all cases of illegal immigration.

In managing our immigration, we must be willing to consider the different perspectives as presented in the US immigration debate. This includes those who believe like Trump that all illegal immigrants must be deported to their home countries. Secondly, there are those that believe like Clinton that there is need to be humane in dealing with illegal Immigrant and lastly there are those who believe in well thought out immigration reforms.

As we approach our own general elections next year let us also put our presidential contenders to task to explain their agenda on immigration in Kenya. For instance, what is the best way to deal with refugees and stateless persons in our country? What are their plans to get fairer visa processes for Kenyans and particular what they think is the best way to engage African countries for a visa free travel across Africa. In addition, it would be interesting to know what their engagement with a Trump presidency would be in the face of imminent deportation for many if he keeps his word.

Either way, immigration is a topical issue that we should not sweep under the rug but should take centre stage beyond electioneering periods.

US immigration debate: what does Trump presidency mean for Kenyans? Reviewed by samrack on November 15, 2016 .