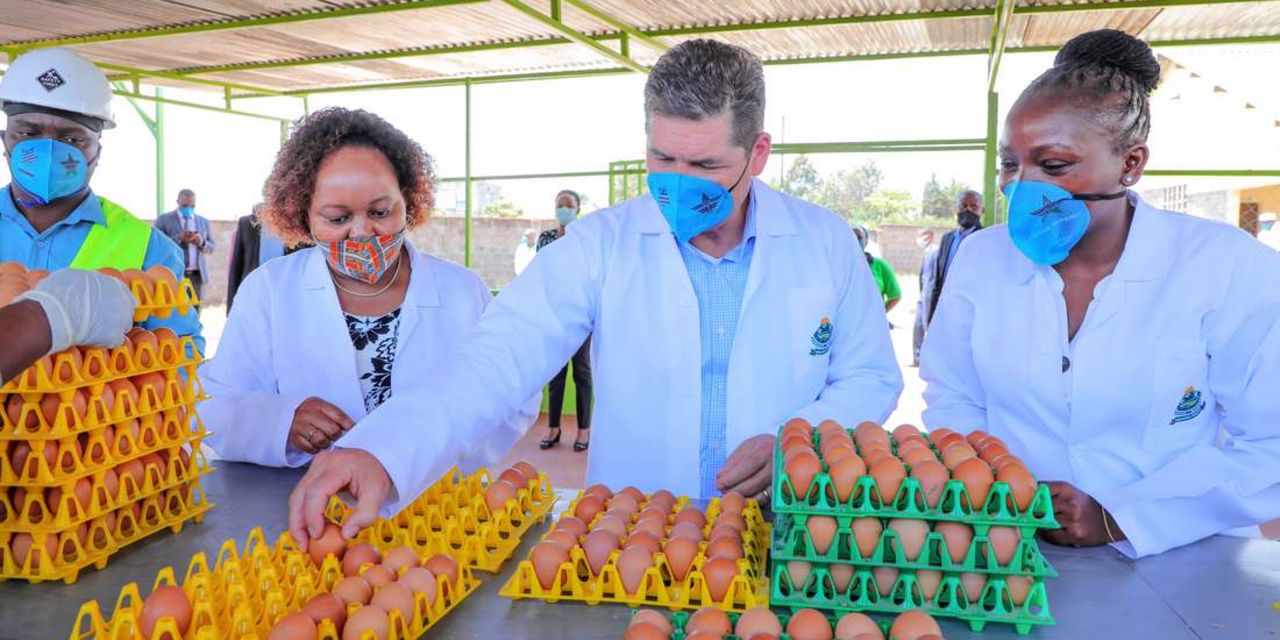 The US government on Tuesday donated 117,000 facemasks to Kirinyaga County in the fight against Covid-19.

Presenting the masks at the county headquarters in Kutus town, the US Ambassador to Kenya Kyle McCarter said his government is committed to help fight the coronavirus which has adversely affected the economy globally.

While receiving the masks, Governor Anne Waiguru thanked the ambassador for the generous donation and promised that the masks will be used for the intended purpose.

The ambassador, who made a courtesy call to Ms Waiguru before proceeding on a tour to the county’s mass egg production projects, said that the seeds will be given to farmers to plant during this rainy season.

Mr McCarter said that cotton growing presents an enormous investment opportunity for farmers in the county since there is a huge shortage of supply of cotton in the textile industry in Kenya.

Ms Waiguru and the envoy discussed areas of mutual investment collaborations, saying that America is now focusing on the counties as a way of implementing impactful programs that will reduce dependency on aid and move towards self-reliance.

The ambassador noted that the US government is now more concentrating in counties since the devolved units are nearer to the people and hence more accountable and accessible.

“I am a firm believer in devolution and that is why we have visited Kirinyaga which is endowed with great resources that would form the basis of our mutual collaborations” he said.

Ms Waiguru said that Kirinyaga has many areas in which it can partner with the US in order to realize its development agenda. She said that there exists enormous opportunity in the agricultural sector but marketing of farm produce still remained a major challenge.

She singled out coffee and rice as some of the cash crops that have the potential of turning around the economy of the county but farmers are still suffering due to lack of market for their produce.

She noted that while the county produces some of the best coffee in the world, farmers still earn meagre pay since they have to sell through cooperatives and brokers.

The County boss also said that her administration has been supporting farmers in diversifying agricultural activities to reduce overreliance on conventional cash crops such as tea and coffee, noting that the bilateral talks explored on creating trading pacts between Kenya and America whereby the latter can import rice that is grown in Mwea Rice plantations and coffee.

The ambassador toured Wisdom Kathaka Self Help Group in Kirinyaga Central Constituency which is involved in egg production project and also chicken feeds factory at Kiaga.

Share thisFacebookTwitterPinterestEmailWhatsAppKirinyaga Governor Anne Waiguru and US Ambassador to Kenya Kyle McCarter when they toured New Kiaga Animal feeds Factory, and Eggs Cold Room in Kirinyaga on October 13 2020. US helps Kirinyaga combat Covid-19 The US government on Tuesday donated 117,000 facemasks to Kirinyaga County in the fight against Covid-19. Presenting the masks at