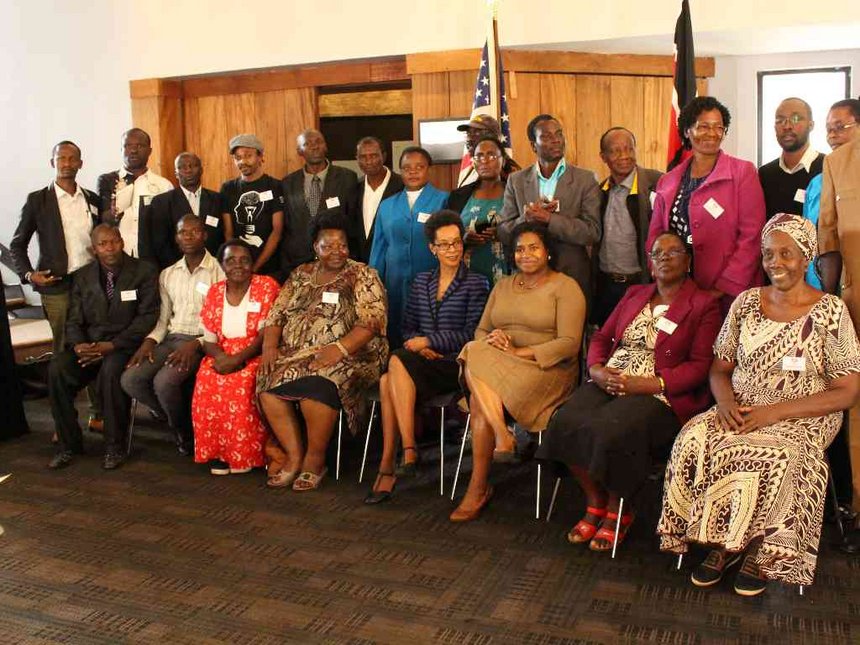 The programme targets more than 11,000 people from nine counties.

Nantongo Mirembe, the deputy chief of mission in the US Embassy, yesterday said since 2009, about Sh105 million grant has been given to community-based organisations in Kenya.

This has benefitted about one million people living with HIV, orphans and vulnerable children. She said the US President Emergency Plan for AIDS Relief programme in Kenya has supported efforts to boost the livelihoods of those living with or affected by HIV in activities such as poultry farming, beekeeping and dairy and greenhouse farming. “HIV prevents Kenyans from working, providing for their children and it makes life difficult.”

US gives Sh10m for HIV fight, support, care Ten community groups have received a Sh10 million grant for HIV prevention, care and support. The groups will get between Sh800,000 and Sh1 million. The programme targets more than 11,000 people from nine counties. Nantongo Mirembe, the deputy chief of mission in the US Embassy, yesterday said