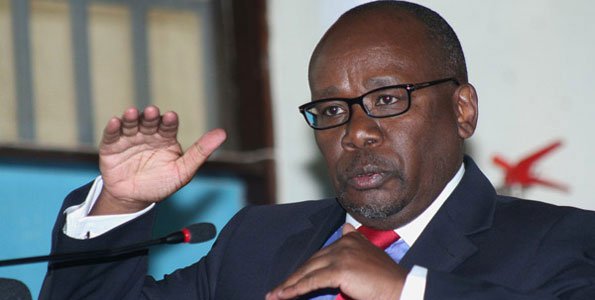 The firm wants the World Bank arbitration body, International Centre for Settlement of Investment Disputes (ICSID), to compel Kenya to pay it for terminating its 30-year exclusive prospecting licence in 2012, which it says was done in breach of a contract between it and the government.

Kenya terminated the licence arguing that WalAm had failed to honour terms of the contract as regards construction of power plants.

Prof Muigai says the contract Kenya signed with WalAm indicated that it was registered in Canada, yet the firm has now presented itself as US-listed.

The AG on Monday further argued before the ICSID in London that the firm has no authority to sue over the botched geothermal entity, hence the suit should be dismissed.

“WalAm had represented itself as a Canadian company for purposes of being granted the licence.”

He added that Canada had not endorsed the Convention on the Settlement of Investment Disputes between States and Nationals of other States, an agreement that gives the ICSID authority to entertain such disputes, at the time Kenya revoked WalAm’s licence.

WalAm in the suit claims it put in heavy resources into the project, and that it risks losing its entire investment if the ICSID does not order Kenya to pay it the demanded Sh61.8 billion.

The firm was granted an exclusive license to explore, drill for, extract, produce and dispose geothermal steam and other geothermal resources in the Suswa area.

The deal was signed by WalAm and former Energy minister Kiraitu Murungi.

The Suswa geothermal project is among other green energy schemes that have failed in recent years alongside the Kinangop and Kajiado wind power plants which were terminated last year.

US firm seeks Sh62bn for botched geothermal project Reviewed by samrack on February 13, 2017 .