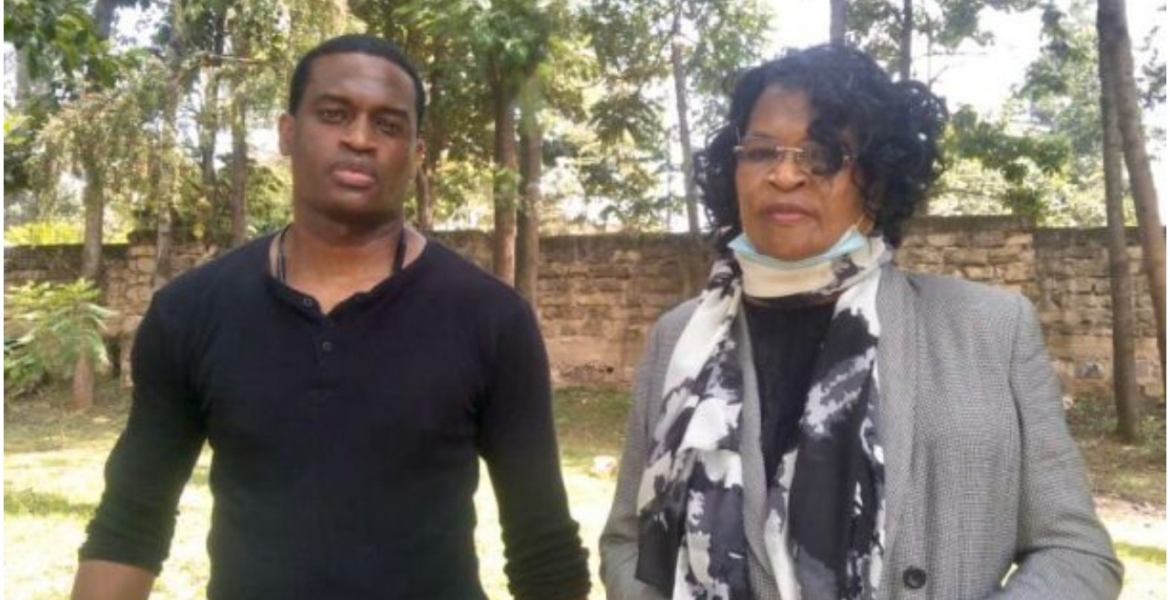 A US-based Kenyan woman has emerged claiming she was married to the late former powerful Cabinet Minister Simeon Nyachae, who was laid to rest on Monday.

Speaking at her rural home in Kitutu Chache, Kisii County on Tuesday, 65-year-old Margaret Kerubo Chweya told K24 Digital that she got married to Nyachae under “customary arrangement” in the 1980s.

She added that the deceased is the biological father to her two grown-up sons, who are both aged above 30 years. “Rodney Chweya Nyachae is in his 40s, while Brian Nyandusi is in his 30s,” she said.

Kerubo, who has lived in the US for the better part of her life, indicated that she attended Nyachae’s funeral service at Gusii Stadium but she was blocked from accessing his Nyosia home for final burial rites.

The woman says she first met Nyachae in 1973 at Jogoo House, where she was employed as a casual worker.

“I got employed at Jogoo House in 1972 as a junior staff member. I couldn’t do the white-collar jobs because of my limited education; I had dropped out in Form Two,” said Kerubo.

“When I shared my woes with Nyachae, whom I met in 1973, he offered to help me further my education, and also mentor me.”

The two later entered into a romantic relationship and Nyachae even bought her a house adjacent to his in Loresho, Nairobi.

“In 1984, whenever he visited his Njoro wheat farm, he would ask me to tag along. 1984 marked the beginning of what I considered a formal relationship between Nyachae and I,” she said.

“While in Nairobi, he and I would drive to work together and leave for home in the evening together. He was really supportive; he paid for my food, clothes, utilities, and every other kind of bill that I incurred.”

Kerubo says Nyachae arranged her travel to the US, where she furthered her education.

“While in the US, he would visit me often. He constantly reminded that I was his wife. Nyachae loved me dearly.”

She says she traveled to Kenya in November last year after learning that Nyachae was ailing. “My attempts to see him were frustrated by his family,” she said.

Kerubo wants to be recognized as one of Nyachae’s widows, and his vast estate be shared with her and her children.

“My attempts to seek an out-of-public settlement with Nyachae’s wives have hit a snag, that’s why I have resorted to speak publicly,” she added.

Nyachae passed away on February 1st at the Nairobi Hospital after a long illness. He had five wives and 20 children.

US-Based Kenyan Woman Claiming to be Simeon Nyachae’s Wife Emerges with Her Two Sons Reviewed by samrack on February 17, 2021 .

US-Based Kenyan Woman Claiming to be Simeon Nyachae’s Wife Emerges with HerTwo Sons A US-based Kenyan woman has emerged claiming she was married to the late former powerful Cabinet Minister Simeon Nyachae, who was laid to rest on Monday. Speaking at her rural home in Kitutu Chache, Kisii County on Tuesday, 65-year-old Margaret Kerubo Chweya