The 41-year-old former Los Angeles Lakers basketball star’s private Sikorsky S-76 struck a hillside amid heavy fog and immediately caught fire at around 10am. Officials with the Los Angeles County Sheriff’s Department responded to the scene near Las Virgenes Rd and Willow Glen St in Calabasas after a group of mountain bikers spotted the smoke: Pic :Photo Courtesy

The helicopter which crashed killing basketball legend Kobi Bryant, his daughter and seven others has been identified as a 29-year-old Sikorsky S-76B. 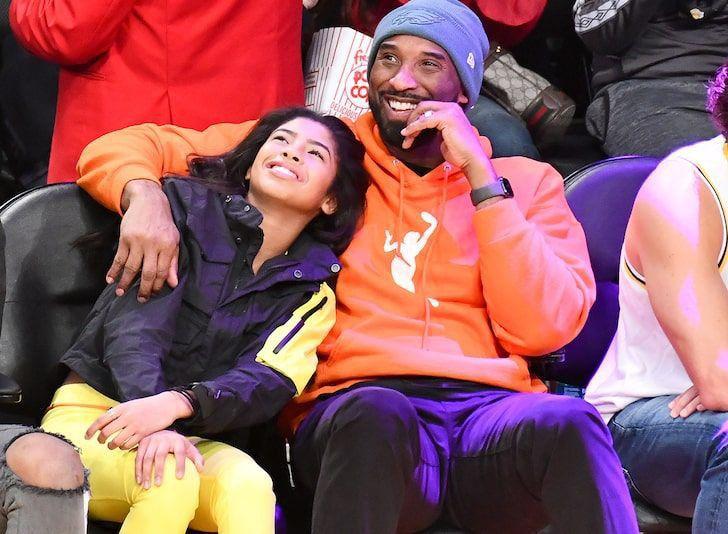 NBA great Bryant, 41, and his 13-year-old daughter Gianna died when the private helicopter they were travelling in crashed in Calabasas, California on Sunday morning.
All nine people on board the aircraft were killed in the crash, including Orange Coast College baseball coach John Altobelli, 56, his daughter Alyssa Altobelli and wife Keri Altobelli, as well as Harbor Day School assistant coach Christina Mauser.
Gianna and Alyssa were teammates at the Mamba Academy and were flying from Orange County to Thousand Oaks to attend a game, OCC assistant coach Ron La Ruffa told CNN. 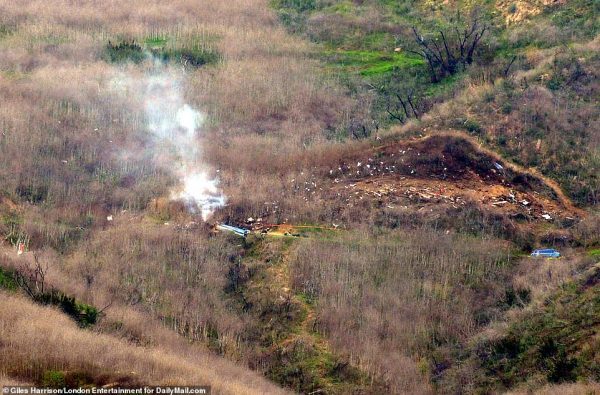 Former LA Lakers player Bryant, one of basketball’s biggest stars, used to regularly use the same model of helicopter to commute to games from his home in Orange County.
Pictures have now been released of the helicopter involved in the crash, which was not owned by Bryant but by a charter company, showing the cockpit and the aircraft’s plush interior.
Further pictures also emerged on Twitter showing Bryant with the helicopter in 2016 when he used it to travel to games. The craft was painted black and was adorned with a Black Mamba logo – Bryant’s personal brand – plus the Nike ‘swoosh’.

ccording to The Washington Post, Bryant called the helicopter ‘the Mamba Chopper’.
The Post wrote in 2018: “Years ago, he determined it wasn’t just more convenient to fly from his home 50 miles south of Staples Center for practices and games with the Los Angeles Lakers.

“It was irresponsible not to, given what hours in gridlock can do to the mind and body of a 6ft 6ins guard. More than trimming his commute to 15 minutes, the helicopter wound up becoming part of Bryant’s legend.”
According to TMZ, Bryant also used the helicopter for a Valentine’s Day getaway with his wife, Vanessa Bryant, to get fellow Lakers player Steve Blake to a last-minute doctor’s appointment and to take his teammates to victory parades and celebratory outings in Las Vegas.

The cause of the crash is under investigation by the Federal Aviation Administration (FAA) and the National Transportation Safety Board, while the pilot has not yet been identified.

Due to foggy conditions, LAPD had grounded their helicopters in the morning. Rubenstein said: “This morning we did not fly because of that [weather]”
The 14-seat helicopter was owned by charter company Island Express Holding Corp, according to FAA records.

After the crash, Island Express appeared to have taken down its website and social media profiles, according to Heavy.
In a statement after the crash, Sikorsky said: “We extend our sincerest condolences to all those affected by today’s Sikorsky S-76B accident in Calabasas, California.

“We have been in contact with the NTSB and stand ready to provide assistance and support to the investigative authorities and our customer.”
Sikorsky added: “Safety is our top priority; if there are any actionable findings from the investigation, we will inform our S-76 customers.”