Uhuru Visits His Former College in the US

Uhuru Visits His Former College in the US

Uhuru visited his former college on Thursday where he met with Kenyan students, according to Citizen Digital.

A video taken during the visit shows Kenyatta cracking jokes with a group of seven Kenyans students studying at the institution. He graduated with a degree in Economics and Political Science from the college in 1985.

Amherst is one of the premier liberal arts colleges in the US and was founded in 1821. It is the third-oldest institution of higher learning in Massachusetts.

President Kenyatta is in the US for the 74th session of the United Nations General Assembly (UNGA) in New York. 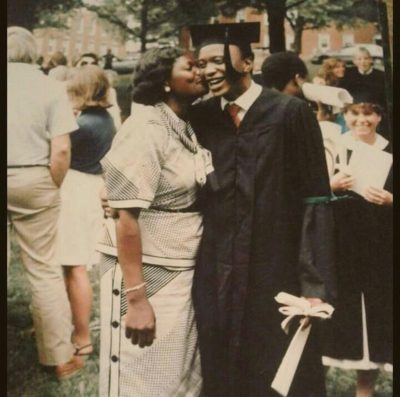 Uhuru Kenyatta on his graduation day in 1985 at Amherst College in Massachusetts, USA. The photo, probably meant as further proof that the president received an undergraduate degree show Uhuru in his graduation regalia receiving a peck on the check from his mother, Mama Ngina Kenyatta.

Tags: Uhuru Visits His Former College in the US
Previous Post