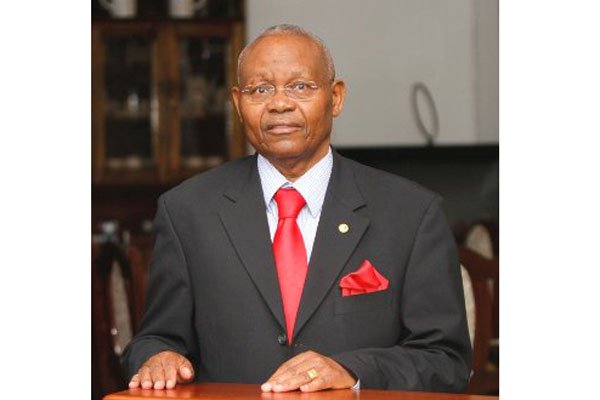 In a special gazette notice dated December 14, President Uhuru Kenyatta stated that the appointment that takes effect from Friday for the next five years.

Dr Muthoka, not related to the other renown businessman Peter Muthoka, takes over from the former President Mwai Kibaki who was the university’s first chancellor after it was elevated to a full-fledged university ten years ago.

This leaves Kibabi University in Bungoma County as the only university whose chancellor is the Head of State.

“In the exercise of the powers conferred to me by section 38 (1) (a) of the university Act 2012, Laws of Kenya, I appoint Peter Muthoka to be a Chancellor of Mmust for a period of five years,” stated the notice.

Mr Muthoka’s first official duty will be presiding over the 12th graduation ceremony to be held at the university’s graduation square Friday.

Dr Muthoka has served in various financial and corporate organisations including the Central Bank and as the Managing Director of Sasini Limited.

Dr Muthoka worked with the Kenya Commercial Bank and served the Board for 8 years from 2004 to 2012.

The businessman is taking over the university at a time when the Vice Chancellor Professor Fredrick Otieno has called on the Ethics and Anti-Corruption Commission to conduct forensic audit for the entire institution.

Prof Otieno is being investigated for allegations of abuse of office, misappropriation of funds and employment irregularities.

2,397 students are expected to graduate from various fields.