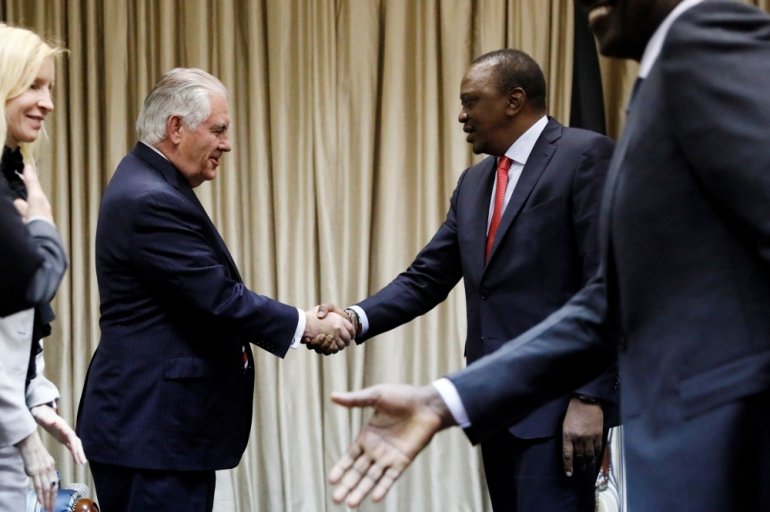 Kenya’s President Uhuru Kenyatta (R) greets U.S. Secretary of State Rex Tillerson and his delegation prior to a meeting at the State House in Nairobi, on March 9, 2018. AFP / X90178 / Jonathan Ernst

NAIROBI (Reuters) – U.S. Secretary of State Rex Tillerson said on Friday in Nairobi that he had shared his concerns with Kenya’s president about the importance of democracy and said the government should not stifle the media and threaten the courts.

The Kenyan government shut down three television channels in January on the day opposition leader Raila Odinga took a symbolic presidential oath, then defied a court order to switch them back on. The stations had planned to live-stream the oath.

“We believe that there are actions that need to be taken in Kenya and that they need to correct certain actions like shutting down independent TV stations and threatening the independence of the courts,” Tillerson told a news conference in the Kenyan capital.READ MORE