Trump says will ‘temporarily suspend’ immigration due to coronavirus 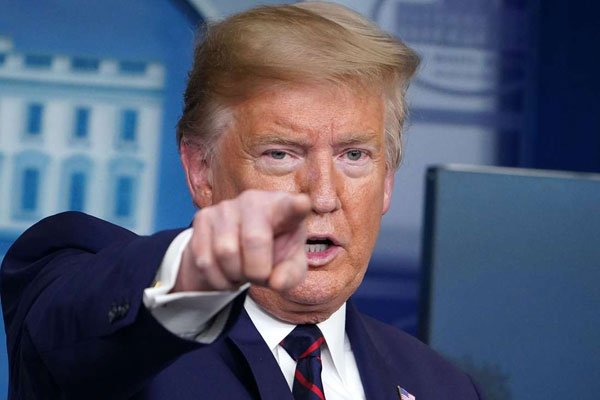 Trump says will ‘temporarily suspend’ immigration due to coronavirus

President Donald Trump has said that he plans to temporarily suspend immigration to the United States because of the coronavirus pandemic, despite the US already being the worst-hit country in the world.

“In light of the attack from the Invisible Enemy, as well as the need to protect the jobs of our GREAT American Citizens, I will be signing an Executive Order to temporarily suspend immigration into the United States!” he tweeted early Tuesday morning (Kenyan time).

Trump said the move would also protect Americans’ jobs, though the pandemic crisis has already left 22 million people in the US out of work.

The coronavirus death toll in the United States — the country with the most fatalities in the pandemic — has climbed by 1,433 in the past 24 hours to reach 42,094, the latest tally from Johns Hopkins University showed Monday.

The US has recorded more than 784,000 confirmed cases of Covid-19 since the start of the global health crisis, according to the Baltimore-based university.

New York is the epicentre of the US outbreak, though it seems the state may have endured the worst of the crisis.

Trump says will ‘temporarily suspend’ immigration due to coronavirus Reviewed by samrack on April 21, 2020 .