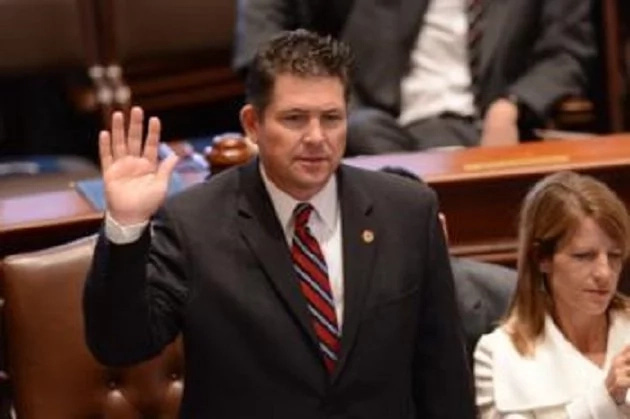 Senator Kyle McCarter who was nominated to replace Bob Godec as US ambassador to Kenya. Photo: Chicago Sun Times

Trump nominated Senator Kyle McCarter as the new ambassador – Godec was ambassador to Kenya since 2012 – NASA politicians had threatened to write to US senate committee to recall Godec over his alleged biasness The United States President Donald Trump on Wednesday, March 28 nominated state Senator Kyle McCarter of downstate Lebanon as new Ambassador to Kenya replacing Bob Godec. McCarter accepted the nomination and said that he was honoured to be picked and promised to foster close ties between Washington and Nairobi.

“It is an honour to be asked to represent President Trump and our great nation in a country where I have lived and served for many years. “I look forward to bringing about a closer relationship that will benefit both our nations,” McCarter said in a statement as reported by Chicago Sun Times.

According to information provided by the White House, McCarter is an Illinois manufacturer and politician. He has been president and owner of Custom Product Innovations, Inc., since 1996, and of Custom Coating Innovations since 2009.

“From 1984-1989, he served as a field auditor, Missionary and International Director of Each One Feed One International, based in Lebanon, Illinois with an office in Mukothima, Kenya. “McCarter volunteered as a Member of Mercy Ministries of America (now Mercy Multiplied), serving as president for one year. He has been a member of numerous Chambers of Commerce in Illinois,” White House said in a statement. Godec was nominated by former US president Barack Obama on September 19, 2012 and posted to Kenya. He was assigned as the Chargé d’Affaires at the US Embassy Nairobi, Kenya in August 2012.

Previously, Godec was US ambassador to Tunisia from 2006 to 2009 and has formerly served as Deputy Assistant Secretary in the Bureau of Near Eastern Affairs and as Deputy Coordinator for the Transition in Iraq. However, Godec found himself in trouble after National Super Alliance (NASA) leaders accused him of favouring the Jubilee administration instead of being a neutral arbiter. The politicians said Godec had been biased in efforts to bring an end to the political crisis since the disputed August 8, 2017 presidential elections and threatened to write to relevant US authorities to recall the envoy. Trump had earlier sacked Godec after he assuming office but later rescinded the decision in which over 80 officials were fired.

Trump nominates new US ambassador to Kenya Reviewed by samrack on March 29, 2018 .