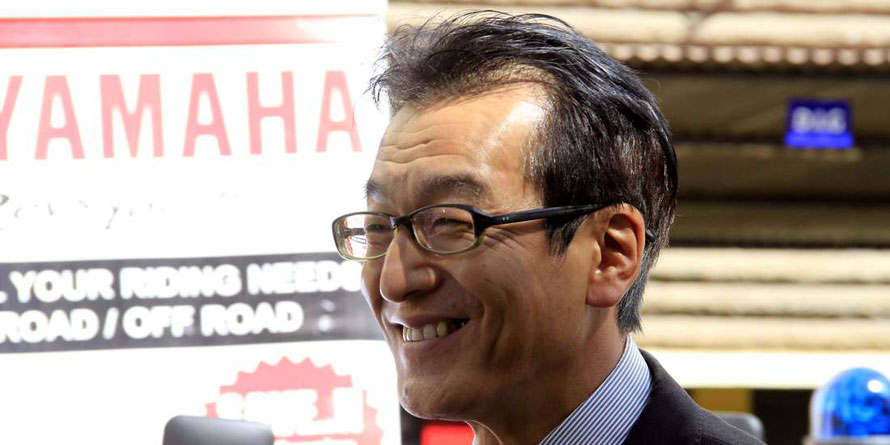 SACHIO YOTSUKURA HAS BEEN TOYOTA KENYA MANAGING DIRECTOR FOR THE LAST FOUR AND A HALF YEARS. FILE PHOTO |NMG

This marks the first time a Kenyan has been hired at the helm of the auto dealer.

The move follows the exit of Japanese Sachio Yotsukura, who has been with the company for the last four and a half years.

The board of Toyota Kenya said in a statement that the appointment of Mr Reel marks “a critical moment in the company’s history as the first Kenyan to occupy this position.”

Mr Yotsukura, the board added, returns to Japan to pursue other duties under the parent company, Toyota Tsusho Corporation.

A veteran of local and the continental auto industry, Mr Reel will be expected to steer the auto dealer’s sagging fortunes at a time auto unit sales have slowed.

He has held various positions in Toyota’s international operations including at one time as finance director in Toyota Zambia, general manager in charge of distribution management for Toyota Tsusho Africa and managing director in Toyota Malawi.

“I am excited to come back home to Toyota Kenya and I look forward to utilising my professional and personal experience to take on the challenges and opportunities in the Kenyan automotive market,” Mr Reel said on his appointment.

“Customer focus has always been at the core of how I deliver results and that will remain a priority in my new role as managing director of Toyota Kenya.”

“On behalf of the Board of Toyota Kenya, I wish to welcome Mr Reel to this challenging position with full confidence that he has the expertise, experience and vision to steer Toyota Kenya to its next exciting phase of growth, competitiveness and market leadership,” said Mr Awori.

It also exports some units to other countries in the region.

Models such as Toyota Hiace, Land Cruiser, Hilux pickups as well as Hino trucks and buses are locally assembled at the Mombasa-based Associated Vehicle Assemblers.

Toyota Kenya turns to Kenyan CEO for growth after exit of Japanese Reviewed by samrack on July 7, 2017 .

SACHIO YOTSUKURA HAS BEEN TOYOTA KENYA MANAGING DIRECTOR FOR THE LAST FOUR AND A HALF YEARS. FILE PHOTO |NMG Toyota Kenya turns to Kenyan CEO for growth after exit of Japanese Toyota Kenya has announced the appointment of Mr Arvinder Singh Reel as its new managing director effective June 1. This marks the first time