Kenya has been experiencing steady growth for quite some time now. The economic forecast has been positive with the World Bank predicting a growth rate of 6.6 percent this year and 7 percent come 2017.  This momentum is being fuelled by massive investments in infrastructure and jobs, steps to improve the business climate, and a boost in exports. The East African country’s expansive fiscal policy has allowed them to finance infrastructure projects without exerting unnecessary pressure on domestic financial markets, and consequently keeping public debt within the 50 percent threshold.

This is not to say that there are no risks. The threat of terrorist attacks from Al-Shabaab cause security concerns, and negatively affect the tourism industry which is one of the country’s key sectors. Kenya’s manufacturing sector has also been stagnant in recent years, and there is a continued lack of competition and minimal production in manufacturing sub-sectors. Still, the positives outweigh the negatives. Here are some sectors that could provide worthwhile investment opportunities in Kenya: 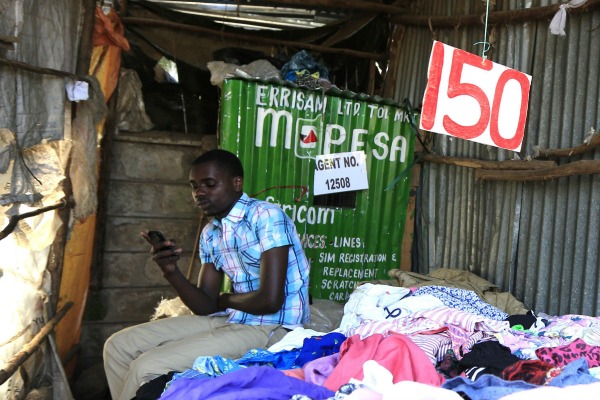 Kenya has fully embraced the opportunities afforded by technology. The bubbly start-up scene is something to be admired. This has been buoyed by favourable government policies, with the size of the local ICT market now is estimated at around $500 million.

The National ICT Masterplan aims to enhance Kenya’s competitiveness through utilisation of its resources in Business Process Outsourcing and strengthening its capacities to meet future technological challenges. The 2030 vision for BPO is for the country to become the top BPO destination in Africa.

Kenya currently boasts the highest share of population with access to financial services in Sub-Saharan Africa (more than 70 percent). This is largely thanks to the popular mobile money transfer service M-Pesa. Konza City, a modern technopolis is a project by the Kenyan government which promises to drive even more growth in the ICT sector.

Kenya’s GDP is still highly dependent on agriculture, with the sector making up a significant 26 percent of the country’s GDP annually, and another 25 percent indirectly. The agri-sector accounts for 65 per-cent of Kenya’s total exports, and provides more than 70 per-cent of informal employment in rural areas. Available opportunities in the sector include food processing, irrigation, technological infrastructure and transport.

Kenya is currently undertaking massive infrastructural projects and the government has identified the areas where investment is needed. The major ones are:

Redevelopment of the Northern Corridor;

Development of a commuter railways system around Nairobi;

Building of a standard gauge line to replace the current Kenya-Uganda railway;

Design and Construction of a new terminal at Jomo Kenyatta International Airport;

Kenya prides itself as a major safari destination. Tourism is a key foreign exchange earner, and third largest contributor to the GDP after agriculture and manufacturing. Apart from the popular national parks and the coastal sandy beaches, the Kenyan government has earmarked several new areas where investment might come in handy. These include resort cities, branding of premium parks, development of high value niche products, and new high-end international hotels amongst others.

This is a sector which plays an important role in the growth of Kenya’s GDP, though it is mainly agro -based. However, there is a shift to export oriented manufacturing as the main thrust of Kenya’s industrial policy since the country aims to raise the share of products in the regional market from 7 percent to 15 percent. The country is promoting development of Special Economic Zones (SEZs), Industrial Parks, Industrial Clusters, promotion of small and medium scale manufacturing firms, development of niche products, commercialization of research and development results. Investment opportunities include manufacturing of fertilizer, agro-processing, machine tools and machinery, garments, and engineering products for both domestic and export markets.