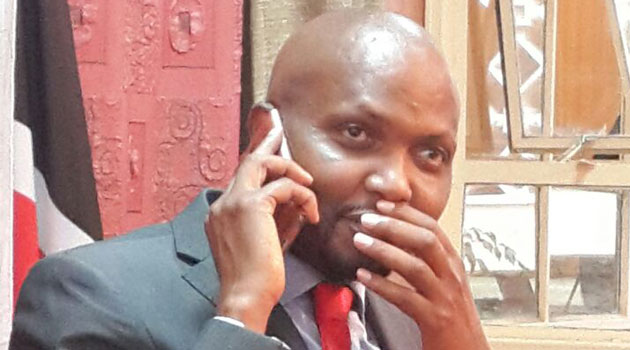 The judgment concluded that the offensive video recording broadcast on local and social media showing Kuria making the alleged inflammatory statements were edited and therefore, unreliable.

“We are convinced that the media only published a small part of a longer speech which the charged member made on the 10th June, 2015 and as such, the context may have been lost,” read part of the judgment.

The report goes on to state that, “an analysis of the said part of the speech reveals gaps and as such there is an incoherent flow in the speech. We are there for convinced that the evidence before us is insufficient to sustain the charge.”

His acquittal will give the first-term controversial legislator a new lease of life after he faced a massive backlash from members of the public forcing him to literally take a ‘chill pill’.

Kuria was represented by his lawyer, former Garsen MP, Danson Mungatana who submitted that since the speech by Kuria had been largely in the local ‘Kikuyu ‘ dialect, the complainant in the matter (TNA Chairman Johnson Sakaja) had not procured the services of an expert witness to translate the speech to English.

He claimed the material circulated on social media had been edited to portray Kuria in bad light and thereby dent his image saying a close look at the speech revealed definite gaps.

In the 10-page document, the disciplinary committee advised the Gatundu South legislator to conduct himself in a manner that would restore public confidence in him as a leader and one that would uphold the honour and dignity of the office of Member of Parliament.

Kuria, who initially intended to hold a meeting in his backyard to clarify what he meant by the statements he made on the fateful day but cancelled, was ordered to organise a similar gathering within a fortnight by his party’s disciplinary organ.

“Further the member is directed to publish that clarification in at least one daily newspaper with national circulation within a period of 30 days from today,” the report goes on to state.

Charges relating to this cited comments insensitive to a certain community besides the words he allegedly uttered in his constituency as he led a group of youth in destroying illicit brew as per a directive by President Uhuru Kenyatta.

In his defense, Kuria had however insisted that he did not mean to incite anyone but was simply expressing anger after a group of youths destroyed toilets and a clinic built by NYS.

READ: My anger was at Kibera destruction, forgive me – MP Kuria

In a video clip circulating on social media, Kuria was seen telling machete-wielding youths to kill anyone opposed to the National Youth Service (NYS) projects.