Tito Jackson Running For Boston Mayor The city councilor will take on an incumbent Martin Walsh. 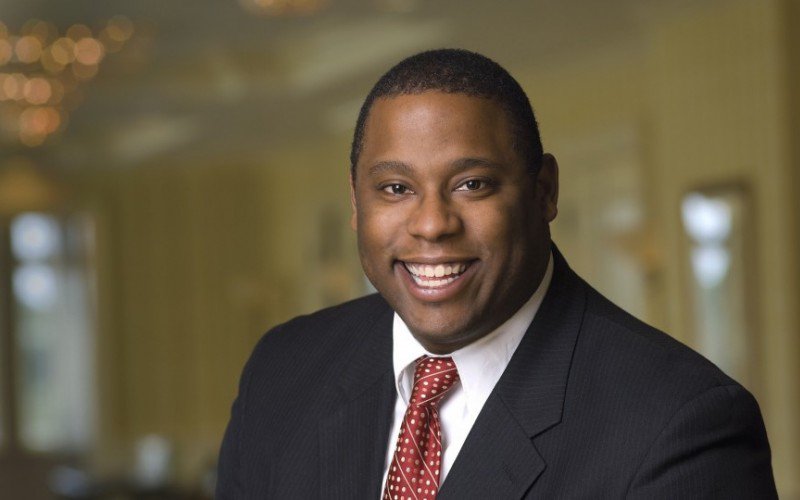 Tito Jackson to announce run for mayor against Marty Walsh

BOSTON:The city councilor will take on an incumbent Martin Walsh.

Jackson is a lifelong resident of Roxbury’s Grove Hall neighborhood . As District 7 City Councilor, he represents the Roxbury, South End, Dorchester and Fenway neighborhoods of Boston.

The democrat was first elected to the Boston City Council in March 2011 during a special election.

Tito Jackson is a lifelong resident of Roxbury’s Grove Hall neighborhood and is the son of Herb and Rosa Jackson, two beloved community activists. As the District 7 City Councillor, he currently represents all of Roxbury and parts of the South End, Dorchester and Fenway neighborhoods.First elected to the Boston City Council in March of 2011 during a special election, voters re-elected Councilor Jackson the following November for a full two-year term. In November of 2013 75% of the electorate once again called upon Councilor Jackson to serve the people of District 7 and represent them in City Hall.

Prior to his election to the Boston City Council, Councilor Jackson spent more than 10 years as a sales and marketing professional, during which he won numerous awards and honors. Through that experience, the Councilor developed extensive knowledge of the healthcare, technology and government sectors.

In 2007, Councilor Jackson became the Industry Director for Information Technology in Governor Deval Patrick’s Executive Office of Housing and Economic Development where his portfolio focused on creating and sustaining jobs within Massachusetts and helping local businesses grow. As a member of the Patrick Administration, Councilor Jackson brought 2,500 jobs to Massachusetts. Later, he became the political director on Governor Patrick’s successful 2010 re-election campaign.

As City Councilor, Mr. Jackson is hard at work on issues surrounding the economic revitalization of District 7, starting with The Dudley Plan. He understands that the key to economic recovery is entrepreneurship and facilitating a range of employment opportunities in addition to providing pathways for small businesses to grow the local economy and support Boston’s families. Providing our children with world-class schools as a way to close the achievement gap is also one of Councilor Jackson’s top priorities. His agenda supports education at all levels as an effort to improve the quality of life for all of Boston’s residents, whether it be primary, vocational, secondary or higher education. Additionally, Councilor Jackson is working to ensure all of Boston’s communities, especially those from underrepresented communities, participate in the civic process, no matter their socioeconomic status or age.

Councilor Jackson graduated from the University of New Hampshire with a Bachelor of Arts degree in History where his peers voted him Student Body President and where he remains involved with the Alumni Association. During his college years, Councilor Jackson was well-known for his commitment to civic engagement and social justice, characteristics that overlap to many qualities of his tenure on the Boston City Council.

Councilor Jackson remains civically engaged with the community that raised him. He encourages young people to get involved in the civic process as a way to make a difference in their community, ultimately linking pride in ones community to lower violence, homelessness and poverty rates. Additionally the Councilor is an active leader in youth development programs such as Citizen Schools and Anytown/The Leadership Initiative and sits on the board of multiple organizations, including but not limited to: Heading Home, the Global Citizens Circle and the Boston Ballet.

Tito Jackson Running For Boston Mayor The city councilor will take on an incumbent Martin Walsh. Reviewed by samrack on January 12, 2017 .