Thinking like a CEO: Why a 19-year-old is winning the clean energy game in Kenya

Home  › Business › Kenya › News › People › Thinking like a CEO: Why a 19-year-old is winning the clean energy game in Kenya 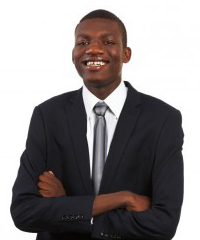 “I think in Africa there are a lot of young entrepreneurs who have great ideas but they never get noticed or past the small-scale level. I think one reason is that they poorly position themselves and the organisation. They don’t know how to tell their story. They don’t know how to create their brand. And I think that is also very important,” says Tom Osborn.

Tom Osborn has a humble manner about him, which is surprising since, at the age of 19, he has already been recognised as one of world’s top young entrepreneurs.

He is the founder of GreenChar in Kenya, a clean energy start-up that produces charcoal briquettes for cooking purposes that are both healthier to use and last longer. His coals are produced from recycled agricultural waste such as sugarcane, which studies show emit 90% less smoke, and have 60% more energy than the normal charcoal used for cooking.

GreenChar is less than two years old, but has already caused a buzz. Osborn has recently been named as one of Forbes‘ global ’30 under 30′ social entrepreneurs, and last year was selected as a 2014 Anzisha Fellow, winning US$10,000 from Donors’ Circle at the Anzisha Prize Gala Awards.

He was also chosen as a global Echoing Green Fellow for 2014, which comes with two years of funding totalling $80,000. He is the youngest recipient to receive the fellowship in the organisation’s 27-year-history.READ MORE

Thinking like a CEO: Why a 19-year-old is winning the clean energy game in Kenya Reviewed by samrack on February 4, 2015 .