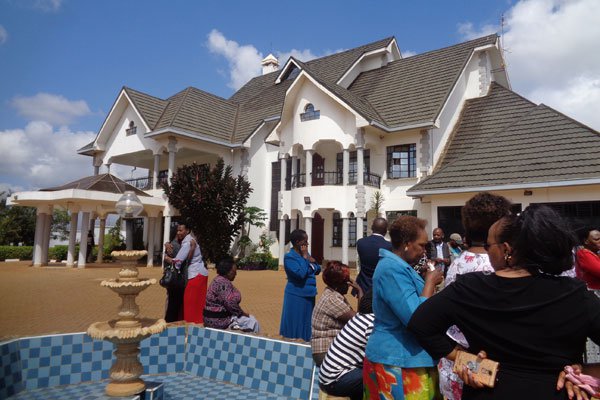 Friends and relatives of Joyce Wambui Githitu gather in her residence after news of her murder by unknown people on February 27, 2017. PHOTO | MARY WAMBUI | NATION MEDIA GROUP

A Thika-based businesswoman was Monday night killed by unknown assailants who broke into her house in Maki estate, Murang’a County.

Before committing the crime, the assailants destroyed security cameras in the compound, Ms Kiraguri said.

The assailants are suspected to have entered the woman’s compound either before she arrived, or entered forcibly as she drove in.

Preliminary investigations showed that nothing was stolen from the house.

“From that we suspect that their motive was only to kill the woman,” police said.

Police arrested the family’s househelp who was in the house when the crime was committed.

The woman’s husband, Peter Githitu, was killed by armed gunmen in a daylight attack in Thika Town in 2006.