The system, code-named “Orville,” Give Your Fingerprints to Amazon for a Slightly Quicker Checkout at Whole Foods 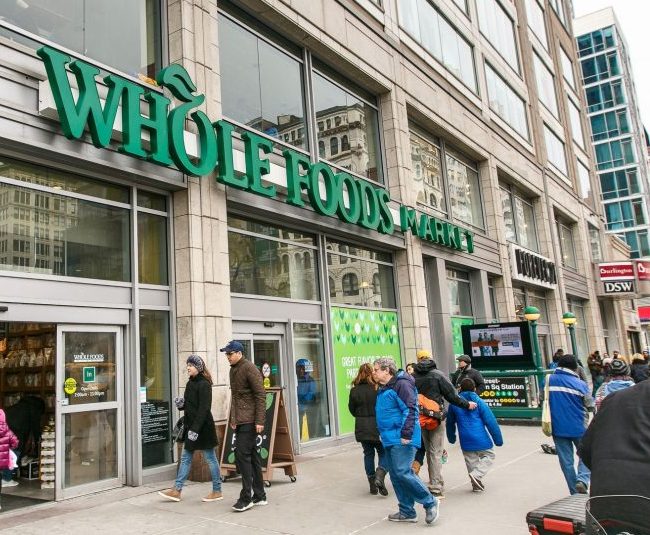 The system, code-named “Orville,”Give Your Fingerprints to Amazon for a Slightly Quicker Checkout at Whole Foods

According to the New York Post, Amazon is testing a new payment method that uses flesh and blood. The e-tailing giant’s engineers are quietly testing scanners that can identify an individual human hand as a way to ring up a store purchase, with the goal of rolling them out at its Whole Foods supermarket chain in the coming months.

Employees at Amazon’s New York offices are serving as guinea pigs for the biometric technology, using it at a handful of vending machines to buy such items as sodas, chips, granola bars and phone chargers, according to sources briefed on the plans. The high-tech sensors are different from fingerprint scanners found on devices like the iPhone and don’t require users to physically touch their hands to the scanning surface. Instead, they use computer vision and depth geometry to process and identify the shape and size of each hand they scan before charging a credit card on file. The system, code-named “Orville,” will allow customers with Amazon Prime accounts to scan their hands at the store and link them to their credit or debit card.

Yes, Give Your Fingerprints to Amazon for a Slightly Quicker Checkout at Whole Foods

In Amazon’s vision of the future, customers could soon be using body scans as a payment method in Whole Foods stores. The tech and retail giant is currently testing a system called “Orville” that allows Amazon Prime users to scan their hands to ring up a purchase, the New York Post reports. Orville is reportedly being tested on Amazon employees at vending machines in the company’s New York offices, with the goal of rolling out the biometric technology in a handful of Whole Foods stores by the beginning of next year, per the Post.

This hand-scanning system would supposedly speed up checkout times, with a transaction reportedly taking less than 300 milliseconds compared to the three to four seconds it takes to swipe a card. But would customers really be willing to sacrifice their biometric data to the corporate behemoth that is Amazon just to save a little time? People are already doing it at airports to get through TSA slightly quicker than they can with PreCheck, so there’s not many limits on what we’ll do for convenience. Though friendly reminder that Amazon shares user data with the government, and the compromising of biometric data like fingerprints would be dire if the company gets hacked — all just to avoid waiting in line a few minutes longer each shopping trip.

The system, code-named “Orville,” Give Your Fingerprints to Amazon for a Slightly Quicker Checkout at Whole Foods Reviewed by samrack on September 11, 2019 .

Share thisFacebookTwitterPinterestEmailWhatsAppA Whole Foods store near Union Square in New York.Photo Courtesy The system, code-named “Orville,”Give Your Fingerprints to Amazon for a Slightly Quicker Checkout at Whole Foods According to the New York Post, Amazon is testing a new payment method that uses flesh and blood. The e-tailing giant’s engineers are quietly testing scanners that