The ‘King’ all set 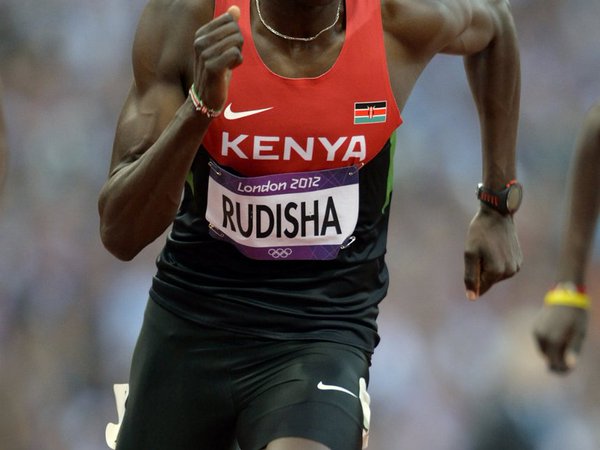 The ‘King’ all set

World 800m record holder David Rudisha will headline the two-lap race at the second leg of IAAF Diamond League in Shanghai on May 14.

Biwott is the 2013 World youth 1,500m gold medallist and he set a season best of 3:34.68 in his speciality last weekend in Doha. Rotich placed fourth at the 2015 World Championships while Kinyor is the All-Africa Games 800m bronze medallist. Rudisha will be seeking to kick start the 2016 season with a win in Shanghai ahead of the August’s Rio Olympics.

After missing the 2013 World Championships in Moscow due to an injury and finishing second at the 2014 Commonwealth Games in Glasgow, Rudisha reclaimed his glory at the Beijing World Championships last year, winning in a time of 1:45.84. With an Olympic 800m gold, which came with a world record of 1:40.91 in London, Rudisha will is bracing up to defend his title. World silver medallist Nick Symmonds (1:42.95) of USA and Som Bram (1:43.45) of Netherlands are also in the mix.

Elsewhere, Kenya’s Dickson Kipsang Tuwei took a surprise victory at the 2016 Yellow River Estuary International Marathon, an IAAF Silver Label Road Race, finishing in 2:09:27 for a personal best and course record in the south Chinese port city of Dongying on Sunday. The 23-year-old Tuwei upset a deep field that included a dozen of sub-2:10:00 runners.

He stayed patiently in the leading group for most of the race and outraced countryman Marius Kimutai in the last kilometre, beating the course record of 2:11:44 set by Kenya’s Isaac Macharia in 2010 and leaving Kimutai five seconds adrift. It was only the second marathon race run for Tuwei, who has made an unusual leap up in distance.

Mosop fails to live up to expectations

As the fastest man in the field as well as the owner of the fastest marathon time that was ever recorded on Chinese soil, pre-race favourite and last year’s Xiamen Marathon winner Moses Mosop, of Kenya, who has a best of 2:05:03, failed to live up to expectations.

Although he closed on the leading pair late in the race and tried to pass Kimutai in the last two hundred metres, the 30-year-old still had to settle for third in 2:09:33.

Like Tuwei, Bahrain’s Eunice Chumba clinched her win in the last kilometre. She sliced nearly two minutes off her best to win in 2:31:13.

part of an eight-woman leading group.

After 20km, the leading group was down to five runners and they went through 25km in 1:30:53 before Ethiopia’s Fantu Eticha Jimma, and Kenya’s Mercy Jemutai were left behind. After the leading trio stayed together for another seven kilometres, Ethiopia’s Bizuayehu Ehite dropped back.