The Burundi community in Nairobi and Kenyans will hold a Vigil For Burundi @Pawa254 rooftop. 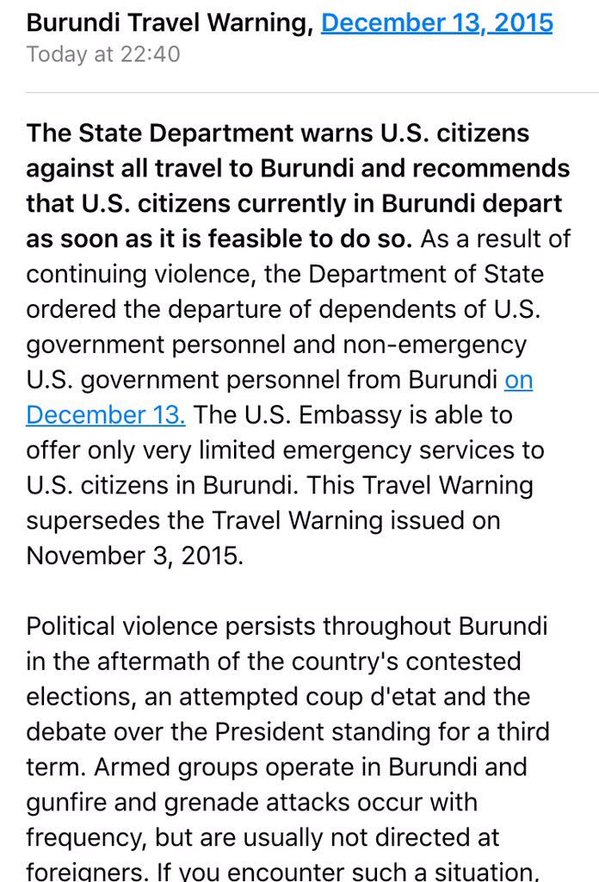 Eight of those who died were security officers and 49 people were captured, Col Gaspard Baratuza said.

Residents in the capital earlier said the bodies of some 34 men were found on the streets – and accused police of taking revenge. It is not clear if that number is included in the army’s total.

Unrest has hit Burundi since April.

There have been continued protests since President Pierre Nkurunziza announced his decision to seek a third term in office, which he won in a disputed election in July.READ MORE