The ‘bachelor president’ Kenya never had 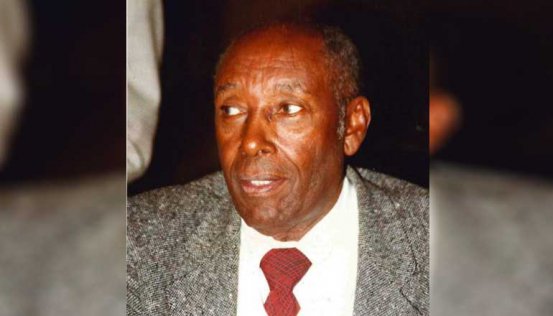 The ‘bachelor president’ Kenya never had

He was in Kenya’s cabinet as the first Minister for Foreign Affairs in 1963. The curtain finally fell on Dr Njoroge Mungai’s illustrious life, Kenya’s first American-trained physician, who passed on aged 88.

Besides Attorney General Charles Njonjo, Dr Mungai was the other celebrated senior bachelor in Kenyatta’s inner court. The alumnus of Stanford University Medical School Class of 1957, where he was the only black student, had open flings and led a flamboyant lifestyle, making him an influential playboy “more at ease in casinos than at the ministry,” notes David Branch in his 2011 book, ‘Kenya: Between Hope and Despair, 1963-2011.’

In Jomo Kenyatta twilight years, the men considered likely to succeed him were “Moi by virtue of being the vice-president,” writes Koigi wa Wamwere in ‘The People’s Representative and the Tyrants.’ Adds Koigi: “Second, there was Dr Njoroge Mungai…Kenyatta’s nephew, personal doctor, a favourite of British multinational interests, and the most ambitious of all Gema top-dogs.”

Dr Mungai’s ambitions were pared with dismissive remarks like, “We don’t want a bachelor president!” Njonjo and Dr Mungai quit the bachelors’ club in 1972. One speaker jokingly toasted to Mungai during the wedding thus: “From now on, all your affairs must be foreign!”

Dr Mungai’s nemesis was Njonjo, who wrote detention orders at his Muthaiga home in Dr Mungai’s presence to flex the extent of his political biceps, Duncan Ndegwa notes in his 2009 memoir, ‘Walking in Kenyatta Struggles: My Story.’

Njonjo swore that Dr Mungai would never be Dagoretti MP, dismissing him in Kikuyu: “uguthie guthandura bembe!” (You will go shell dry maize), effectively condemning the man who arrived in Stanford with three cents to political Siberia for five years until 1979, when he recaptured the Dagoretti seat.

The son of a cook whom Stanford students recalled as bright with ‘a different future than the rest of us’, achieved many things: Setting Kenya’s health care system and the University of Nairobi’s School of Medicine as health minister, upgrading Dagoretti High School from a detention camp, and lobbying for Nairobi to host UNEP headquarters, the first and last UN agency in the third world.

See also: We feared God, our fathers and math teachers in that order

The dapper doctor retired in his two-storey, brick affair decorated with a stuffed lion, cheetah and leopard rugs, in 1991. He chaired Nas Servair, Africa’s largest airline caterers, besides running Magana Flowers, the 18-hectare floriculture farm in Kikuyu, off the Nairobi-Nakuru highway. The name Magana is derived from Magana Njoroge Mungai.

Source:http://www.sde.co.ke/
The ‘bachelor president’ Kenya never had Reviewed by samrack on October 24, 2018 .

he Late Njoroge Mungai, Former Cabinet Minister The ‘bachelor president’ Kenya never had He was in Kenya’s cabinet as the first Minister for Foreign Affairs in 1963. The curtain finally fell on Dr Njoroge Mungai’s illustrious life, Kenya’s first American-trained physician, who passed on aged 88. Besides Attorney General Charles Njonjo, Dr Mungai was the