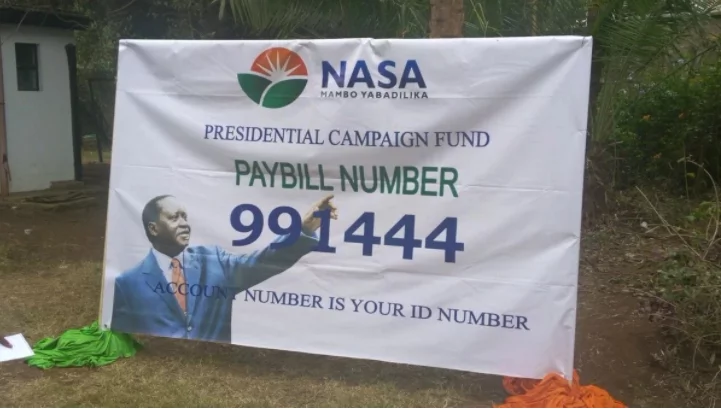 Raila Odinga’s supporters in the USA have raised KSh 1.87 million for his presidential campaigns so far – They intend to raise KSh 5 million and hope the amount will be surpassed – Raila asked his supporters to help him raise funds so that he can mount an even bigger campaign than he did ahead of the August 8 poll – Opposition politicians have so far pledged about KSh 100 million to his campaign kitty On Friday, September 8, Raila Odinga and his running mate, Kalonzo Musyoka held a press conference and unveiled a paybill number, asking their supporters to contribute funds to their election campaign ahead of the October 17 repeat presidential election. Saying the contribution will be a way for Kenyans to buy their tickets into Canaan, Raila called on Kenyans to help him raise funds because his resources were exhausted in the first round election. The opposition brigade now intends to mount a more intense campaign that they did ahead of the August 8 election.

They unveiled the mobile platform contribution paybill number, a bank account number, and a GoFundMe account was opened by NASA’s diaspora supporters. In the latest information seen by TUKO.co.ke on Sunday, September 10, the NASA diaspora USA intend to raise KSh 5.3 million for the campaigns. In 6 days, 115 people raised KSh 1.56 million, and in 7 days, the amount was up to 1.87 million, raised by 154 people. 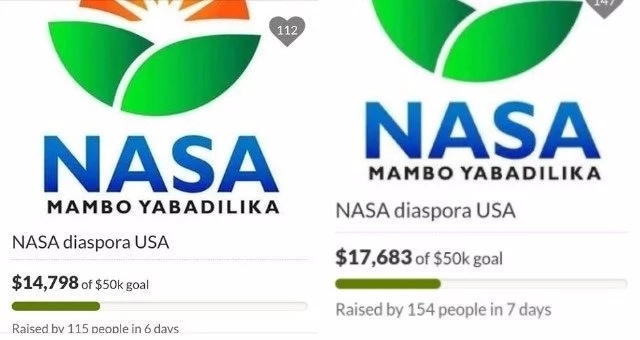 “Haba na haba hujaza kibaba. Ukitoa utakuwa unanunua tiketi ya gari inayoelekea Canaan (little contribution will help. Your contribution will be a ticket for the journey to Canaan),”said Raila during their presser. Aside from contributions from the public, a number of opposition leaders allied to NASA announced that they will forgo their first salaries and instead, pool it together for Raila’s presidential campaigns.

The amount of money raised after Raila Odinga asked Kenyans to fund his presidential election campaigns Reviewed by samrack on September 10, 2017 .