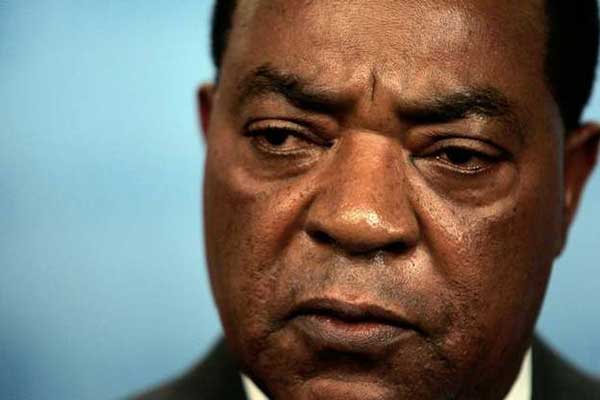 However, the Tanzanian opposition was yesterday adamant that Dr Magufuli was backing the Kenyans and accused Mr Odinga of supporting a “dictator”.

The controversy follows Tanzanian opposition fears, some reported in theNation, that Dr Magufuli, a personal friend of Mr Odinga, is providing financial and strategy support for the Nasa campaign.

On Monday, Foreign Affairs and International Cooperation Minister Augustine Mahiga told The Citizen, a Nation Media Group Publication, in Dar es Salaam that reports linking Tanzania with its neighbour’s elections which are 13 days away were “false”.

Dr Mahiga, a former diplomat, described the reports, some attributed to the ruling Jubilee Party, as false and “not based on truth”.

“Rival camps are, therefore, using every technique to outperform one another, but the Government of Tanzania is not siding with any of the two major camps,” he argued.

He said President Magufuli’s government believed it was the duty and democratic right of Kenyan voters alone, through the ballot paper, to choose their President.

However the Tanzanian opposition said President Magufuli, who banned political activity and ordered the arrest of opposition leaders, is supporting Mr Odinga to return a favour.

On Monday, Chadema chairman Freeman Mbowe told the Nation that the Orange Democratic Movement (ODM) leader went against the relationship between his party and Chadema when he backed President Magufuli in the country’s 2015 elections.

“It is obvious,” said Mr Mbowe by phone. “We had a relationship between ODM and Chadema in youth exchange programmes. Come the 2015 elections, Mr Raila came out openly in support of Magufuli.”

Mr Mbowe wondered why Mr Odinga, who professes to be a democrat, was working with a “dictator”.

“Our problem is not Mr Raila supporting President Magufuli if he were a democrat,” said Mr Mbowe. “He is a dictator who is jailing people everyday and we wonder why Mr Raila is supporting him.”

Chadema’s director of publicity John Mrema recalled that after the elections Mr Odinga flew to President Magufuli’s rural home and stayed for a week.

“Just the environment, the relationship between Raila and Magufuli, you don’t need to ask,” said Mr Mrema.

A few days ago, Tanzanian opposition leader Edward Lowassa endorsed President Uhuru Kenyatta for re-election and hit out at Mr Odinga for “betraying” his Chadema party.

In May, National Assembly Majority Leader Aden Duale claimed President Magufuli had offered to host a parallel tallying centre for Nasa during the August 8 General Election.

Mr Mrema said Dar had remained silent on the issue. Mr Odinga denied the claim but defended the rationale.

“Jubilee had a parallel tallying centre, which was at the Catholic University,” Mr Odinga was quoted as saying last month.

“They also had their server connected to the Independent Electoral and Boundaries Commission (IEBC) server through Kencall.

“But because Nasa wants to do parallel tallying, it has suddenly become a crime and top Jubilee leaders are running all over the place trying to give it a bad name.”