Suspicions Over Billions Being Used To “Prepare For Obamas Visit” 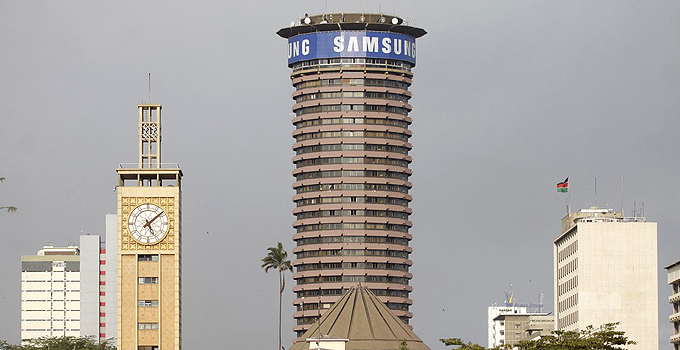 The Treasury’s last minute review of the 2014/15 Budget that raised eyebrows in Parliament was partly to include the millions of shillings to be spent on US President Barack Obama’s visit, it has emerged.

The multi-million shilling allocations, contained in the Supplementary Appropriations II Act, are spread across several ministries that are directly involved in the preparations and hosting of the first US President ever to visit Kenya.

The Presidency, Foreign Affairs and Tourism ministries, and security agencies top the list of State departments that have received millions of the Obama-visit funds.

Kenyatta International Convention Centre (KICC), an agency under the Tourism ministry and host of the Global Entrepreneurship Summit (GES) has been allocated millions for refurbishment and security enhancement.

Mr Obama will be in Kenya between July 24 and 27 to attend the GES.

The GES is one of the items funded in the Sh193.8 billion supplementary budget that Parliament approved three days to the end of the last financial year ended June 30.

President Uhuru Kenyatta signed into law the Supplementary Appropriation Act II, allowing the Treasury to release the millions of shillings to agencies preparing for Mr Obama’s historic tour of his father’s birthplace.

The Parliamentary Budget Office (PBO) in its report, Unpacking of the 2nd Supplementary Estimates for 2014/15, says KICC, under the State Department for Commerce and Tourism, has received an additional Sh300 million.

The PBO, however, concluded that “overall, the Supplementary II estimates are lacking in substantial detail, which limits oversight.”

“The Treasury told us that the additional expenditure on their (ministry) budgets was going towards preparation of the Global Entrepreneurship Summit, key among them being allocation to KICC,” said a source within the PBO who cannot named as disclosing state plans, on Friday.

In the document that was prepared to guide MPs who sit in the Budget and Appropriations Committee, the BPO reveals key changes in the budget linked to Mr Obama’s visit.
In the Presidency, for instance, the key changes in the recurrent vote include an increment of Sh633 million for operations under State House and a separate Sh351 million for operations under coordination and supervision.

Nairobi Governor Evans Kidero on Friday announced that plans were complete to ensure Mr Obama’s safety in Nairobi. He said normal traffic will not be interrupted save for areas where the US President will hold meetings.

“There will be no gridlock. Nairobi will not be shut down because President Obama wants to enjoy normal Nairobi life even as his safety is guaranteed,” he said after holding talks with Mr Obama’s grandmother, Mama Sarah Obama.

Mr Obama is expected to hold bilateral talks with his President Kenyatta at State House Nairobi.

The Foreign Affairs and International Trade ministry, which is a key player in organising Mr Obama’s visit has been allocated Sh707 million more for its operations, signalling that part of the money may go towards hosting the US President and his entourage.

The Interior ministry has been allocated Sh300 million more, with most of the money earmarked for the General Service Unit, an elite police force known for VIP protection. National Intelligence Service got a boost of Sh1.7 billion for its operations.

“The Global Entrepreneurship Summit in July is one of the key items that have been included in the supplementary budget,” the Budget and Appropriations committee chaired by Mbeere South MP Mutava Musyimi said in its report.

Organised annually since 2009, the GES has emerged as a global platform for connecting emerging entrepreneurs with business executives, international organisations, and governments looking to support them.

Last year’s summit was held in Marrakech, Morocco, and was attended by nearly 4,000 entrepreneurs, businesses, governments, and thought leaders.

Besides Mr Obama, some of America’s top entrepreneurs as well as the US Secretary of Commerce Penny Pritzker are expected to attend the conference.

The US has played a prominent role in organising five summits that have put entrepreneurship on the global agenda and inspired new generations of innovators to choose entrepreneurship as a profession.

Suspicions Over Billions Being Used To “Prepare For Obamas Visit” Reviewed by samrack on July 6, 2015 .

Share thisFacebookTwitterPinterestEmailWhatsApp The Treasury’s last minute review of the 2014/15 Budget that raised eyebrows in Parliament was partly to include the millions of shillings to be spent on US President Barack Obama’s visit, it has emerged. The multi-million shilling allocations, contained in the Supplementary Appropriations II Act, are spread across several ministries that are directly