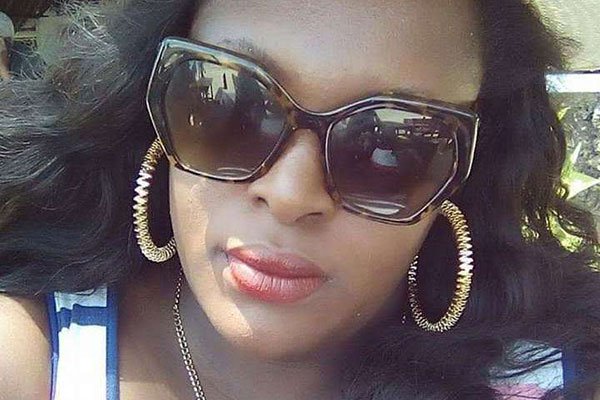 Brenda Akinyi is isolated at Coast General Hospital over coronavirus. She is cut off physically from the rest of the world. PHOTO | COURTESY

“I cannot wait for my quarantine days to be over so that I can mourn my mother; I will start wailing at the door.”

These were the painful words of Brenda Akinyi, 42, whose mother, Ursula Buluma, a Kenya Ports Authority (KPA) employee, passed away at a Mombasa hospital on April 2 and was buried the same day at Mbaraki cemetery.

Speaking to the Nation on phone from her isolation bed at Coast General Hospital (CPGH) in Mombasa, Ms Akinyi, who is the late Buluma’s first born daughter, said her mother’s death was as a result of “carelessness and negligence” by the hospital’s management.

“I am yet to grieve. I didn’t see her body, nor attend her burial,” she said, adding: “My mother has been having health complications which she has lived with for years, so when she called me on Wednesday, March 25, to go to her house in Jomvu to take her to hospital, I did not find it strange because it was not the first time I was doing it.”

They went to Bandari Clinic – which is usually the first stop for KPA employees – where her mother was diagnosed with pneumonia and referred to the Mombasa hospital.

“We went to Mombasa hospital on a KPA ambulance, where my mother was first taken to the emergency section and put on oxygen. However, she was removed from the intensive care unit and taken for what the hospital staff told me was screening, the same day,” she said from her Rahamtulla isolation ward at CPGH.

She was later told that her mother will have to be taken to an isolation ward as they suspected that she had Covid-19 disease.

She visited her mother on Friday and Saturday, staying next to her on both days and chatting as usual. But when she returned on Sunday, March 29, she was asked to stay away because her mother had tested positive.

“I was devastated. I also demanded to know why my mother was not put on pneumonia treatment at Mombasa hospital as was directed by doctors at Bandari Clinic, but no one gave me an answer.”

According Ms Akinyi, doctors visited her home on Monday, March 30, did some tests and left. They returned on Tuesday, March 31, to pick her.

She was first taken to the Kenya Medical Training College (KMTC) isolation centre in Mombasa before being moved to the Coast General Hospital on Tuesday, April 1.

“I have not been given any results from the tests they did before they took me to KMTC and thereafter in this isolation ward. It is very frustrating because I am not aware of my condition. Am I on forced quarantine or under treatment?” she wondered.

Ms Akinyi’s children are under quarantine at the KMTC, Mombasa campus. But given the poor condition of the facilities, the family transferred them to Mombasa Beach Hotel, one of the quarantine centres at the Coast.

According to her, life in isolation is tough because she is cut off physically from the rest of the world, depending on her mobile phone and internet connectivity to keep abreast with what is going on in the country and beyond.

“I am in a self-contained room staring at the walls the whole day, without anyone to talk to or even an opportunity to bask in the sun,” she said.

Ms Akinyi said she wakes up as early as 4am to browse the internet and check on friends on social media until 7am, when her breakfast is served by hospital staff.

At 10am, she is served with tea, and thereafter lunch at noon. Four hours later, an evening cup of tea is wheeled into her room, before her dinner closes the daily meal routine at 7pm.

“They have made sure that we have our meals on time. That is all we get here, mostly because one is rarely visited by a medical doctor,” Ms Akinyi said, adding that the medics talk to her on phone mainly to ask if she is exhibiting any symptoms.

“On the first day I was given drugs to take for four days. I did not know what they were for but took them anyway. I have completed the dosage,” she says.

Ms Akinyi said fresh samples were taken from her on Tuesday, April 7, but she is yet to get any feedback.

“It is the nurses who keep briefing me on what is happening around because I have never seen any reason to step outside my isolation ward,” she said.

She revealed that she was very upset when she was informed of the demise of Mr Mark Mbua, a former chairman of the Mombasa Golf Club, whom she learnt had been in the room next to hers.

“I keep counting the number of days left. I cannot wait to leave this place and return to my normal life. I want to mourn my mother, but only after I finish fighting this battle.”

Brenda Akinyi is isolated at Coast General Hospital over coronavirus. She is cut off physically from the rest of the world. PHOTO | COURTESY Suspected Covid-19 patient fights lonely battles “I cannot wait for my quarantine days to be over so that I can mourn my mother; I will start wailing at the door.” These