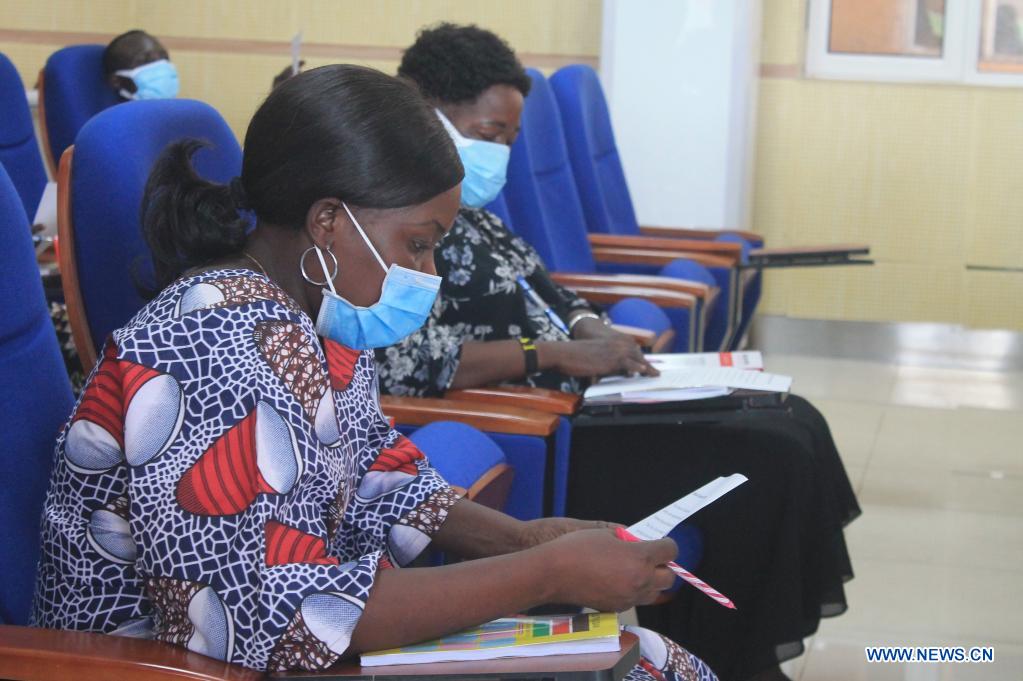 JUBA, South Sudan, May 9 – Several South Sudanese health workers on Friday started enrolling for Chinese language lessons being taught in Juba by members of the eighth batch of the Chinese medical team.

Moses Maror, 42-year-old medic in the department of Obstetrics and Gynecology in Juba Teaching Hospital, said he is interested in learning Chinese language so as to better understand Chinese medical procedure and medicine.

“I am interested in learning Mandarin Chinese to communicate well with my Chinese counterparts in the department of obstetrics and gynecology,” said Maror.

Pawil Arop Yor, Acting Director General of Juba Teaching Hospital, thanked the Chinese government for supporting the training of medical doctors in Mandarin Chinese, in addition to providing medicines and other medical assortments to the main referral hospital.

“They are doing a lot of things here. I would like to thank the Chinese government for helping us with medicines and now they are going to teach us Chinese language,” said Yor in Juba on Friday during the launch of the training.

The Chinese government has been supporting South Sudan in improving health services in Juba Teaching Hospital.

In March, the Chinese government signed a development pact with South Sudan for the expansion and modernization of the Juba Teaching Hospital to enhance medical services.