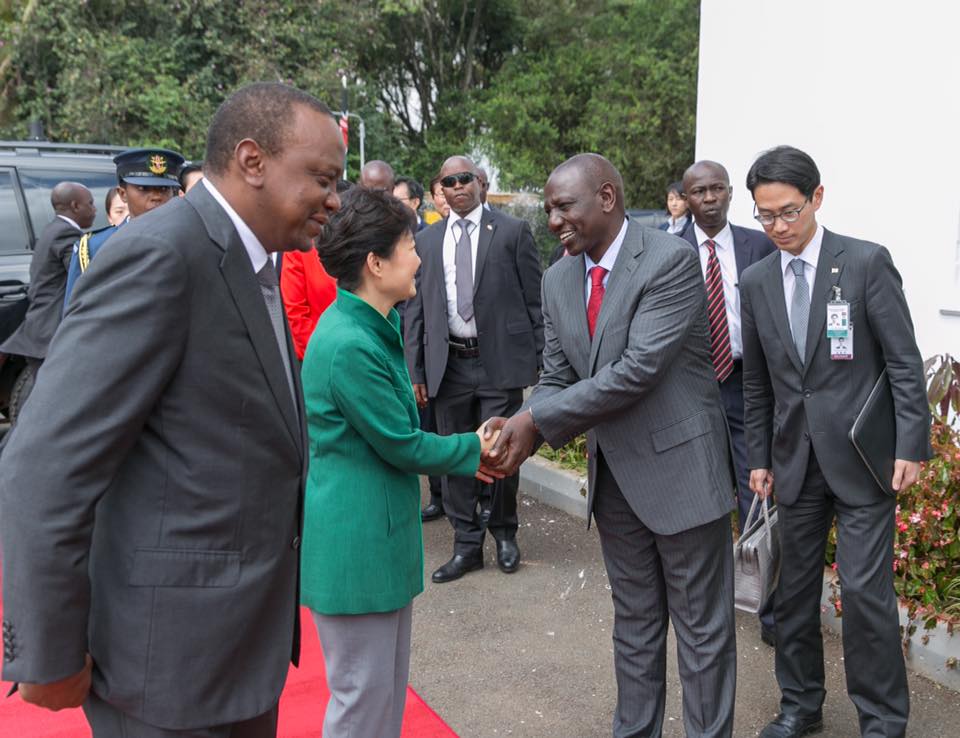 The approach named Saemaul Undong, a Korean word for village movement, is credited for South Korea’s growth from a poor nation in the 1950-1970s to an economic giant today.

It involves villagers taking personal initiatives to initiate projects with the little resources they have with the government only coming in to boost their progress as opposed to the norm where citizens look up to the government for help.

Last month, Korea Saemaul Undong Center president SO, Jin Kwang, visited Kenya to share the Korean experiences with village leaders from a Karai village in Kiambu where a similar programme is starting.

The Korean leader urged Kenyans to take up the Model as it has a proven past of creating a bottom –up approach for economic development.

“Kenya was much better than Korea until Mid-70s and this is the secret behind the rapid growth we have experienced; you have to start with what you have first and create change in your immediate environment.

Burundi and Uganda where poverty is worse than here have both began the plan with good progress there. It take diligence, cooperation and self-help to achieve great progress and that is why am here to inspire you to take up the spirit of Saemaul Undong,” Mr Kwang said.

Korea is seeking to spread the gospel of rural -first -driven development to other countries across the globe including Asia, Africa and Latin America with over 60,000 leaders from 150 countries trained on the concept.

SMU is acclaimed as Korean –type economic and societal development model that seeks to liberate the poor from donor mentalities to self-reliance and self-initiated economic growth.

About 20 Kenyan village leaders from various counties have been trained in South Korea with the plan targeting to train more and create real time economic growth from the bottom. In Uganda, 80 villages have begun the plan after 191 leaders were trained in Seoul.

The economic model started by former Korean President Park Chung-hee in 1970. He was the father to the current (11th) and first female president of South Korea.

It was conceived following extreme poverty in the villages despite economic growth in the urban areas as the country industrialised.

After establishing the rural development plan, the government created a competition between villages and gave rewards to the best performing villages. Villagers would wake up early to participate in drainage construction, roads expansion, housing projects and digging of water wells.

The government then gave 33,267 villages 335 sacks of cement for free and allowed them to plan and decide what they would do with the cement as long as they did not use them for individual gains. A year later, results of project evaluation was done and best performing ones received 500 bags of cement and one tonne of steel. Others were rewarded according to how they had performed.

After working well in rural areas, the phenomenon was spread to the urban areas and cities where people worked to foster decent society with public etiquette, public manners, awareness and environmental preservation.

Saemaul Undong later became a grassroots movement and has been applied in dealing with social issues and national development. It has since became a ‘pride of Korea’ hence the latest clamour to spread it to other countries.

“You have to take up this ‘I can do it spirit’ and decide your own destiny without waiting for the government to come first. Your effort is enough and the government only comes after you have begun and you take total charge of the economic future. You must be morally fit and own every process because that is the spirit of Saemaul Undong,” Mr Jin Kwang said.

Apart from eliminating the ‘serikali saidia’ (we are calling upon the government) mentality, the plan also creates strong community ties and can be instrumental in building cohesion between communities  apart from  driving economic growth.